Is early physical therapy better for lower back pain? The answer is complicated 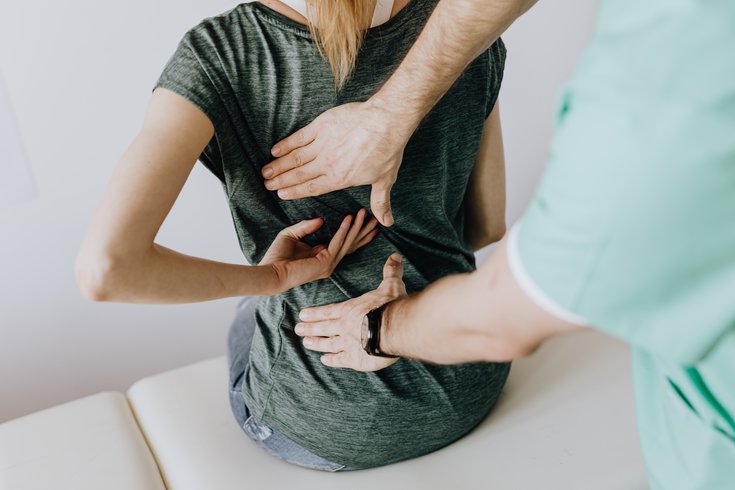 Early physical therapy is not the 'magic bullet' for everyone, but it may help some patients recover more quickly, says Julie Fritz, a researcher at the University of Utah.

Many people will experience lower back pain at some point in their lifetimes. And in the majority of cases, the doctor will take a wait-and-see approach to determine whether the pain will resolve on its own before prescribing a treatment plan.

But in the last few years, some research has shown that early physical therapy can be beneficial – though, unfortunately, it doesn't work for everyone.

The latest study, led by the University of Utah Health, found patients with sciatica had less disability one year after their diagnosis – if they were immediately treated with four weeks of physical therapy.

Physical therapy also has been touted by the U.S. Centers for Disease Control and Prevention and the American College of Physicians as an alternative to pain relief drugs.

"As is true for everything with back pain, it's not the magic bullet for everybody," said researcher Julie Fritz, a physical therapist and an associate dean at Utah's College of Health. "But it seems that physical therapy is something that can be offered to patients to help them regain their activity and recover more quickly."

Causes of lower back pain

Lower back pain can feel like a dull, constant ache or a sudden, or shooting pain. There are generally two types – acute and chronic.

Acute pain only will last a few days to a few weeks. Chronic back pain persists for at least three months. Most lower back pain is acute, according to the National Institute of Neurological Disorders and Stroke.

The lower back includes the five vertebrae, L1-L5, in the lumbar region, which is responsible for supporting the weight of the upper body.

Most lower back pain is caused by an injury or the degeneration of intervertebral discs or spine. Sometimes the pain is related to something pressing on a nerve – that's what causes sciatica. Spinal stenosis, the narrowing of the spinal column, also can put pressure on the spinal cord and nerves.

Treatments for lower back pain

Treatment for lower back pain can vary depending on its cause and severity, but it often includes physical therapy, medications for pain relief and surgery.

Doctors generally don't refer a patient to a physical therapist for lower back pain unless it persists for more than a few weeks, the Cleveland Clinic says.

Repeated motion, stabilization of the spine and manipulation techniques to relieve stiffness in the spine have all been shown to reduce lower back pain.

The best timing of the physical therapy, however, remains unclear.

Studies on the benefits of early physical therapy for lower back pain don't offer a clear answer.

In a study published in JAMA, any improvements in pain appeared modest at best. The patients' Oswestry Disability Index scores – a tool for determining functional disability – were lower after three months of physical therapy, but only by a few points.

The score would have needed to be at least six points lower to be considered "clinically significant," the authors said.

Still, early physical therapy did show improvements in the patients' mental and emotional wellbeing, including less fear of returning to work.

The patients who responded the best to early physical therapy, according to the study, were those who had at least moderate disability, an acute onset of pain that lasted less than 16 days and no clinical evidence of nerve root compression.

Other research has made a stronger case for early physical therapy. One study, published in the Annals of Internal Medicine, found that in the case of lumbar spinal stenosis, patients should first try physical therapy before getting surgery because it offers similar results with less risk.

The Utah study, published this month in the Annals of Internal Medicine, also makes a case for early physical therapy.

The clinical trial randomly assigned 220 patients to receive physical therapy for four weeks or a wait-and-see approach in which they were advised to remain active.

The patients reported on pain levels and its effects on their lives after four weeks and then again at six months and one year.

"This clearly says if you intervene early, these patients can do well," said study author Gerard Brennan, a physical therapist and senior research scientist at Intermountain Healthcare.