Bonus mailbag: Will the Sixers make a trade? Who's the most likely to go? And of course, more video games 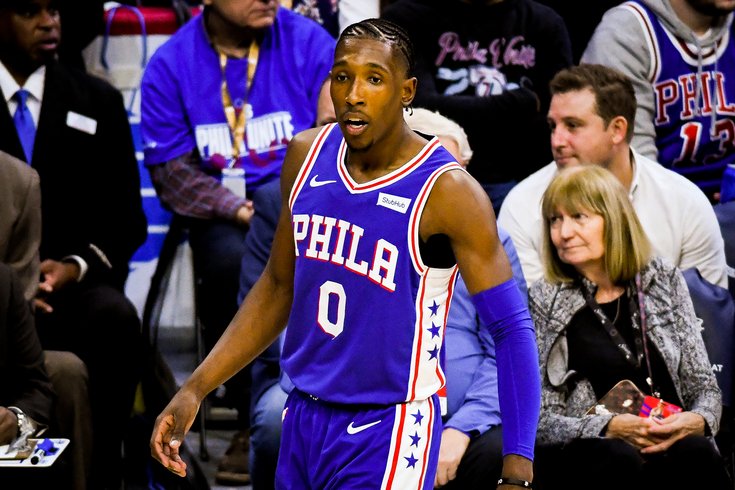 The Sixers offseason keeps on rolling, and the Eagles keep on doing whatever the heck it is they're doing, and that means you have a lot of questions — enough for a bonus mailbag. If you didn't get a chance to check out the first one from earlier this week, it's located right here.

For this edition, questions are all over the map, ranging from the Sixers offseason to the Eagles' wide receiver situation to even more video game/PlayStation 5 questions that we didn't get to on Friday.

As always, you are free to ask me questions at any time through Twitter, email, the comment section, or any other place where you can find your boy. I can't promise I will get to or answer them all, but I try my best. On to the questions.

Do you think the Sixers make a trade by the end of draft day?

I think this is an absolute certainty. Whether it's a big trade or a small trade is certainly up for debate, but there's no way they're going to use all their second-round picks and just hold onto the guys they draft.

We'll get more draft intel the closer we get to the big day (remember, it's less than a month out at this point). Always safe to assume they'll be on the phone.

When you write articles like this, what music do you throw on in the background?

I actually don't tend to listen to a lot of music or podcasts when I'm actively writing, but I did make a small list of the albums I tend to listen to if I do have something on in the background when the lockdown was in full effect in March. Shout out DJ Shadow and J Dilla (may he rest in peace).

General riffing on how inexcusable it is that seemingly every receiver Howie passes on is five hundred million times better than the receivers he drafts.

The Eagles' decisions at wide receiver have been infuriating for basically my whole life. The problem seems to be bigger than the position itself, because it feels like they are too reactionary to what their needs are from season to season and overcorrect on that problem, leading to overdrafting or misevaluation of the situation.

For example — JJ Arcega-Whiteside was the productive college guy who the Eagles drafted over the tools prospect in D.K. Metcalf. After a season where speed was a noticeable issue for the offense, they honed in on the purer speed/tools prospect in Jalen Reagor over the ultra-productive Justin Jefferson (though it's worth noting Jefferson actually outran Reagor in the timed 40-yard dash). Reagor had some nice early flashes and the merits of that selection won't be determined for a long while, but they always seem to bet on the wrong thing at the wrong time.

The weird thing the Eagles have historically often avoided this pitfall with other positions, prioritizing upgrades in the trenches even while they still have productive vets in place. Rarely have they found themselves in a happy medium at receiver, and boy is it annoying when teams like the Steelers seem to never miss at that position.

Does Zhaire ever get a real shot to show something with the Sixers?

Can't imagine his shot is coming in Philadelphia unless they make some big consolidation trades that force him into action. Even when they drafted him and were excited about him initially, the Sixers were planning on Smith being a project they would help develop from the ground up. Being set back most of his first year because of the allergic reaction was a bigger deal than most people realize — he had to get his heavy G-League reps in this past season as a result, and now the Sixers have gone further and further into win-now mode.

They also did not hire a coach who is known for playing young guys a lot. The joke in L.A. was that his bench was often filled with either former Celtics players or role players who killed his Celtics teams as opponents. I can't imagine he's going to suddenly be the guy who gives a raw player like Smith a ton of minutes. He's probably better off selling as a lottery ticket to teams who have time and patience to develop him.

Is there a glimmer of hope left with this franchise or are we a perennial 5 seed for the foreseeable future?

Just like it can all go south quickly, it can all turn quickly with the right series of moves. It's not always the big, splashy deal that allows everything to fall into place, so even though the Sixers are inclined to chase those at all costs, it could be an unexpected development that helps them turn the corner. Maybe Shake Milton makes another leap, maybe their first-round pick this year is a surprise star, maybe they take a flier on a player with some red flags who ends up blossoming here.

It doesn't look good right now, and I have written as much. They do at least have talent, though, which is the start of any successful run.

Most likely to not to be on the Sixers next season: Richardson, Horford, Thybulle?

Not based on any intel and this might surprise people, but I'll say Richardson. He has the most trade value of the guys who you could say are "expendable," he's on an expiring contract, and he doesn't fit all that well with Simmons and/or Embiid. Do they really want to pay him next summer with all the bad money already on the books?

There's a good chance the Sixers test the market and find it costs too much (maybe even Thybulle!) to dump Horford or Tobias Harris. They won't run into that problem with Richardson.

This is the start of video game/PlayStation 5 questions. You have been warned.

For those unfamiliar, "Soulsborne" is a way to categorize the ultra-hard genre of ARPGs created by From Software, where death is a constant (and sometimes encouraged) component of the game. Here's how I would stack them up (noting first that I haven't played Demon Souls and am probably 75 percent of the way through Sekiro):

I think Bloodborne is the best game in the series by a considerable margin and the best game of the console generation full stop. The combat is my favorite in the series, encouraging a more aggressive style of play without fundamentally changing the mechanics, and the setting/atmosphere is like few things I've played. Without spoiling too much, the game completely transforms midway through despite technically being in the same setting, a nice reward if you get through the game's tough early stages.

The only game I didn't really like was Dark Souls II, though I haven't revisited since playing Bloodborne for the first time, which is when I finally had the "Eureka!" moment a lot of people talk about having with these games.

I am completely biased since I was able to secure a pre-order the night they became available, but I'll say the Sixers had the worse run.

will there be a new kingdom hearts for the ps5

You would be fortunate to get the next Kingdom Hearts game on the PS6. Development speed is not exactly Square Enix's strong suit.