Researchers effectively worked with are chefs to reduce sodium in their dishes, according to new report 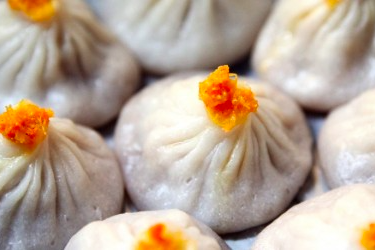 Local researchers tried to tackle Philly's fast-food scene a few years ago, and this week their findings were published in Public Health Reports.

Of the total intake in the United States, 77 percent is of sodium is consumed by eating prepared and restaurant foods, the study found.

So, why not start with the mother of all salty foods — Chicken Lo Mein?

The experiment began in 2012 and measured changes in sodium, attitude and business throughout a three-year period.

It analyzed changes in the sodium content of food samples, chefs’ and restaurant owners’ knowledge about the health risks of sodium overconsumption, perceptions of the need for sodium reduction, self-efficacy for lowering sodium use and perceptions of training needs for sodium-reduction strategies, Public Health Report detailed.

206 takeout-only chefs were trained in how to reduce sodium in three dishes — Shrimp and Broccoli, Chicken Lo Mein and General Tso's Chicken.

The study found most were receptive to the changes and could very easily make the switch, as chefs were already preparing healthier food for their families at home, hand-made sauces and used fresh vegetables.

Throughout the process, 52 percent of chefs and owners reported it was "somewhat easy" to make low-salt changes.

Over 24 months, the study found significant changes to sodium content, with reductions as high as 34 percent.

“Our results suggest that the training, low sodium recipes, healthier cooking methods, and booster sessions provided to the chefs and owners were effective and, more important, sustainable,” the authors wrote.

The report made suggestions for the future including a recommendation to partner local public health agencies and professionals with independent restaurants to introduce environmental changes that could affect health on a broader scale, particularly for vulnerable populations.