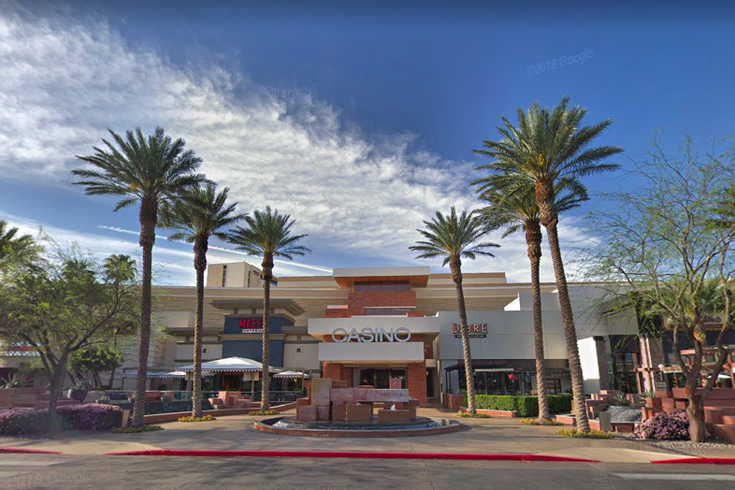 Osteria Fiorella, the latest venture by Philly chef Marc Vetri, is housed in the Red Rock Casino Resort and Spa in Las Vegas.

Osteria Fiorella launched in July as a pop-up inside the Red Rock Casino Resort and Spa in Sin City's Summerlin neighborhood. Now, it's there on a permanent basis, with dinner service beginning Monday.

The restaurant takes the concept of Vetri's hit pasta bar, which took over an historic Bella Vista butcher shop operated by the Fiorella family for more than a century. Vetri incorporated some of the business's history, food and an antique 118-year-old cash register into the new restaurant, which opened in February.

This is not the first time Vetri has taken his Philly concepts to Vegas. He brought an extension of Vetri Cucina to the Palms Casino Resort in 2018, but the hotel has been temporarily closed to all guests during the coronavirus pandemic.

🚨NEWS ALERT🚨: It’s official Summerlin, you really like us. Starting a week from today, we will be open 7 days a week for dinner service.

Earlier this year, Vetri opened Mr. Maurice's Italian inside the Ace Hotel Kyoto in Japan. Vetri described the restaurant as a cross between Amis and Osteria, Italian restaurants he founded and later sold to Urban Outfitters.

In Philly, Fiorella has reopened for outdoor dining. Vetri Cucina is reopening and accepting dining reservations starting in October.

Vetri was a 2020 James Beard Award finalist for Outstanding Chef. No official winners were announced this year due to COVID-19, but a ceremony for the finalists took place on Friday via livestream. Vetri won a James Beard Award in 2005.