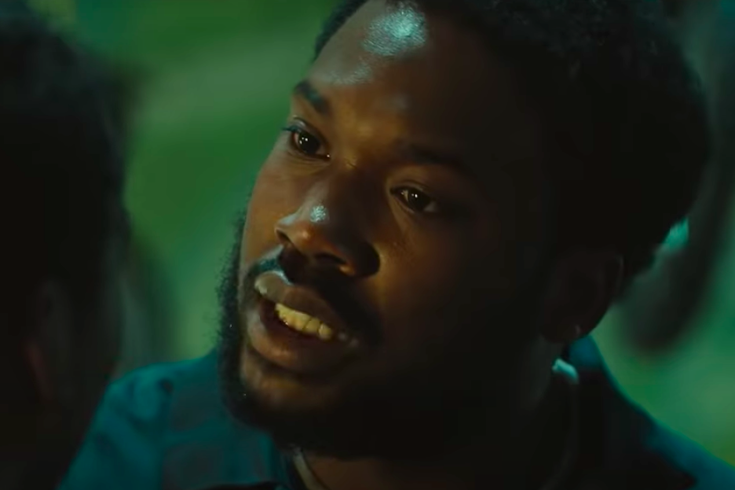 Meek Mill is best known for his Grammy-nominated rap music and his criminal justice activism. Now, his acting talents also are getting him noticed.

The new movie stars him as "Blax," the leader of a Baltimore dirt bike crew dubbed the Midnight Clique. His performance has drawn positive reviews since it premiered at the 2020 Sundance Film Festival in January.

Vanyland called Mill's role as a ex-con turned mechanic "a truly incredible performance." Variety labeled his character "monkish," noting the "solidity and patience of the neighborhood sage, wisdom he picked up in prison."

The character's backstory is not unlike Mill's. The Philly native controversially served five months at a Pennsylvania state prison in Chester County for violating parole.

"Charm City Kings" skipped a traditional theater release due to the COVID-19 pandemic. It was slated to appear at several film festivals, including South by Southwest, that were canceled.

Will Smith and his wife, Jada Pinkett Smith, served as executive producers for the film. Watch the film's trailer below.

Mill previously appeared in the 2011 indie flick "Streets," but the drama gathered little attention. He had a more notable appearance in "Free Meek," a 2019 docuseries chronicling the rapper's battle against the criminal justice system.

Though "Charm City Kings" takes place in Baltimore – AKA "Charm City" – the focus of the film is an ATV culture that also is prominent in Philadelphia.

Director Angel Manuel Soto adapted the movie from "12 O'Clock Boys," a 2013 documentary about a Baltimore dirt bike group named for the vertical positions their bikes make when popping a wheelie.

Soto previously told Deadline that he feels there are places like Charm City across the country.

"I was able to identify the fact after visiting and spending time with people in Baltimore and shooting the film that there is a Baltimore in every state and Puerto Rico is a small Baltimore in the middle of the ocean," said Soto, a native of the island territory.

Mill's role as an ATV rider doesn't stray far from real life. The rapper has experience riding ATV's and was arrested for riding one in New York City in 2017.

The arrest occurred one day after Mill was filmed riding a dirt bike without a helmet down the streets of Manhattan. Police used the video of Mill popping wheelies as evidence.

Dirt bike and ATV riding is illegal in both Baltimore and Philadelphia, where some residents have pushed for a track to be built for enthusiasts to ride legally.