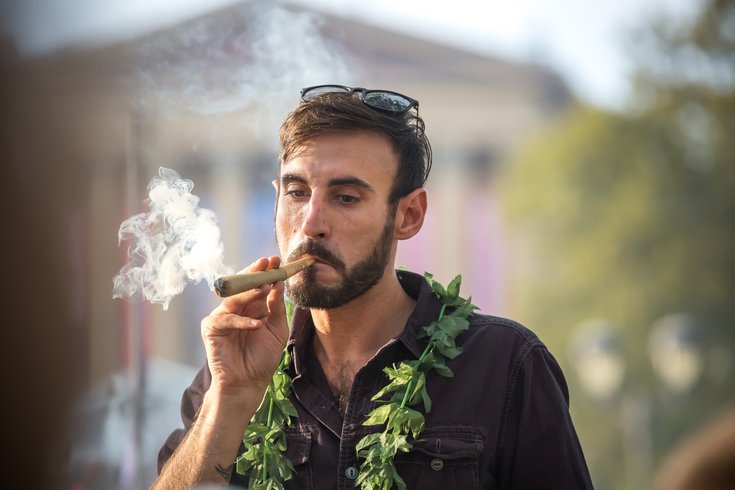 Not that they asked for it, but here's some advice for folks who don’t like marijuana clouds wafting through Rittenhouse Square: Find somewhere else to be next Friday afternoon.

In the wake of Thursday’s news regarding nifty new signs in Rittenhouse Square that ban sitting on the walls in part to, according to the Friends of Rittenhouse, help cut down on “continuous marijuana smoking in the park," cannabis activists told PhillyVoice that they would gather next week at the green space in Center City.

Specifically, they will celebrate their favorite green plant on the occasion of Donald Trump’s inauguration on January 20. They're calling the 4 p.m. event "Toke Back the Wall."

Sure, Sgt. Eric Gripp of the Philadelphia Police Department said “there is no law that says you can’t sit on the walls” and that when it comes to targeting marijuana smokers, “it’s our job as far as the park is concerned to enforce the law as it is.”

Sure, a spokeswoman for Philadelphia Parks & Recreation noted that, “We expressly did not do this to discourage weed smoking but out of concern for the infrastructure of park. … Marijuana use is an entirely separate matter and under the jurisdiction of the Police Department."

And sure, Mayor Jim Kenney confirmed that posting signs to deter marijuana smoking “would be ridiculous and ineffective and, furthermore, I’ve made it very clear that I’m not going to allow that behavior to be criminalized.”

According to a statement by the mayor, all smoking is illegal in the park, the signs were posted to protect the recent $1 million restoration work to “historic balustrades” and public spaces are often controversy magnets, i.e., skateboarding in LOVE Park.

“Rittenhouse Square is a sanctuary for marijuana consumers. Millions of joints have been smoked there by literally millions of people." – Chris Goldstein

“At the end of the day, I’m just asking folks to be respectful of one another,” Kenney said. “And that includes the Rittenhouse residents.”

The activists find themselves seeking a little respect as well in a city that’s decriminalized possession of small amounts of marijuana. Around 4 p.m. next Friday, that will take them to Rittenhouse as it has to previous “pop-up weed gardens” in the city. (The event will come several days after another unrelated wall-sitting protest at the park.)

“Not being able to smoke weed in Rittenhouse Square Park is the only thing I can think of that is more absurd than Trump being elected president,” said Nikki Allan Poe, a marijuana activist. “We highly encourage that you bring your own joints and help us return the wall to its rightful owners: People smoking weed.”

Mike Whiter, a former U.S. Marine with a focus on overmedicated soldiers and marijuana’s benefits for those suffering post-traumatic stress disorder, took a harsher look at the push toward would-be prohibition.

“Having served the country and Constitution for 11 years, I’d never have thought that my right to sit on a wall in a public park would be violated in the city where my constitutional rights were written,” he said. 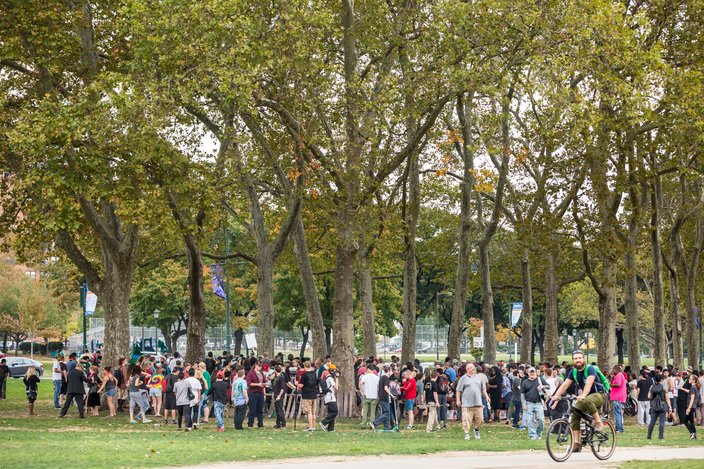 From the activists’ side of things, Chris Goldstein made calls to governmental and law enforcement agencies upon hearing about marijuana’s reported role in the posting of the signs.

He’s Tweeted substantially about those interactions (see here, here and here) to help reinforce the good relationship that’s been established between the groups.

Maintaining that marijuana smokers are an easy target in the way of unrelated violence in the park last year, Goldstein also noted that Rittenhouse Square has long been a destination for both local and tourist smokers.

“Rittenhouse Square is a sanctuary for marijuana consumers. Millions of joints have been smoked there by literally millions of people. It’s an iconic cannabis consumption location,” he said.

Everybody he’s spoken to is “smacking themselves in the head wondering why this little group wants to mess up the relationship between the city and weed.”

The gathering is also buoyed by their peers in Washington, D.C., who plan to hand out at least 4,200 joints as Trump gets inaugurated around noon. Since the incoming administration “is a big question mark” and possible threat to their enjoyment of cannabis, “we knew we really wanted to say something that day,” said Goldstein.

That goes even if the no-sitting signs are removed in the days before next Friday as well.

Organizers are asking cannabis smokers who use the park to “come out and show some love for the space and each other.”

“All of our pop-up gardens have had a different theme, and this one will be ‘Trump 420,’” he said. “This is a moment for all cannabis consumers, whether they support or don’t support Trump.”