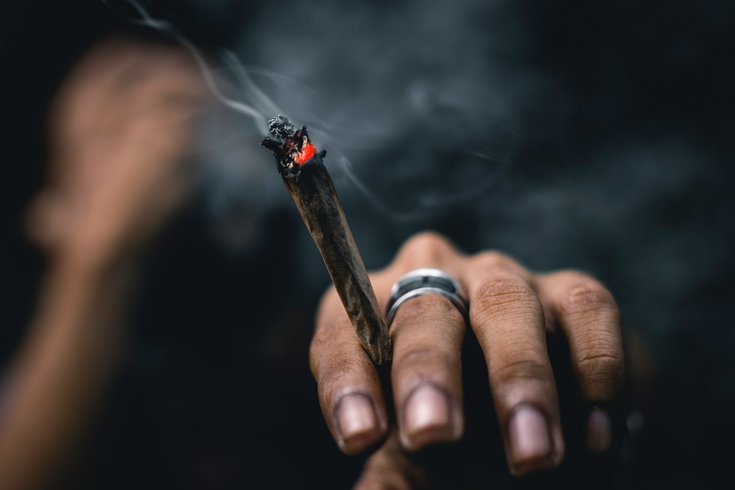 People taking statins or blood thinners for heart conditions should not use marijuana, according to a research review published in the Journal of the American College of Cardiology. .

More than 2 million U.S. adults with cardiovascular disease either are using, or have used, marijuana, according to a research review published in the Journal of American College of Cardiology. That estimate includes users of both recreational and medical marijuana.

"Our review suggests that smoking marijuana carries many of the same cardiovascular health hazards as smoking tobacco," lead author Dr. Muthiah Vaduganathan, a cardiologist at Brigham and Women's Hospital in Boston, said in a statement.

"While the level of evidence is modest, there's enough data for us to advise caution in using marijuana for our highest-risk patients, including those who present with a heart attack or new arrhythmia, or who have been hospitalized with heart failure."

Researchers found that marijuana can increase the levels of statins and blood thinners in the bloodstream because they are both metabolized by the same cytochrome P450 liver enzymes. This affects how well the medications do their job. For example, smoking marijuana while on a blood thinner like warfarin can increase the risk of bleeding.

They also found that heart health is impacted differently depending on the way marijuana is used. Smoking marijuana has the biggest negative impact and carries similar risks to smoking tobacco, they found. Edible products pose the least risk.

Researchers encouraged cardiologists to screen patients for marijuana use and to warn them about the increased risks. They suggested giving a urine toxicology screening to heart transplant patients and any young person who presents with symptoms of a heart attack or heart failure. They also advised patients who use medical marijuana to limit their exposure as much as possible.

"The review provides detailed tables of many drugs administered for various cardiovascular conditions, with the anticipated effects of marijuana on each one," Vaduganathan added. These can help cardiologists and pharmacists decide whether to adjust the dosage of a heart medication if the patient decides to continue to use marijuana.

Observational studies examining the cardiovascular risk of using marijuana have been limited by pot's federal classification as a Schedule I drug. Because of this, Vaduganathan called for more rigorous research, including clinical trials to more thoroughly investigate possible heart health risks.