Hours after the congresswoman was held up in South Philly, her Acura MDX was found near the Christiana Mall 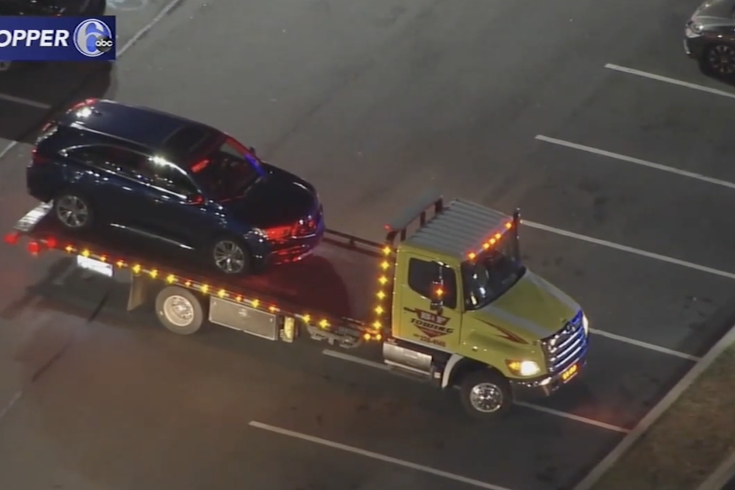 Delaware State Police have taken five suspects into custody after they were found inside the stolen vehicle of U.S. Rep. Mary Gay Scanlon, who was the victim of an armed carjacking in South Philadelphia on Wednesday afternoon, officials said.

Scanlon's blue Acura MDX was located by state police and the FBI around 9 p.m. Wednesday at 2800 Fashion Center Boulevard in Newark, near the Christiana Mall.

In a press conference on Thursday afternoon, the Philadelphia Police Department's Chief Inspector Frank Vanore confirmed that all five suspects are Delaware residents. One suspect is 19-year-old Josiah Brown and the rest are teenagers 16 or younger.

Authorities in Delaware charged the four juveniles on Thursday. Brown will eventually be charged by federal officials.

All the juveniles – who are 13, 14, 15 and 16 – are facing a charge of receiving stolen property over $1,500. Additionally, one 15-year-old boy was charged with resisting arrest and two counts of criminal mischief.

The FBI has become involved in the case because Scanlon left sensitive materials in the car when the robbers drove off with it, Vanore said.

Scanlon, a Democrat who represents Pennsylvania's 5th Congressional district, was held up in broad daylight by two armed men who approached her and an aide along the 1900 block of Pattison Avenue. The Congresswoman had just participated in a tour of FDR Park with other elected officials and was leaving the area around 2:45 p.m.

When the armed suspects demanded that Scanlon turn over her car keys and personal belongings, she complied and the suspects fled along Pattison Avenue.

Vanore said this was the right move. "You give up the car because the car's not worth more than your life," he said.

After the carjacking, one of the suspects exited the vehicle and got inside a dark-colored SUV and followed the driver of Scanlon's car, police said.

Scanlon was not physically harmed in the incident. Her personal and government cell phones, along with her purse and identification, were in the stolen car.

Philadelphia Mayor Jim Kenney said Wednesday that he was "appalled" by the carjacking, which is part of a pattern of armed robberies that have increased significantly in Philadelphia in recent weeks.

District Attorney Larry Krasner, who has been under fire for the city's surging rates of violent crime, said his office is assisting the FBI and other law enforcement in the investigation of Wednesday's incident.

There have been 724 carjackings in Philly so far this year and 151 arrests, Vanore said. Of those arrested, 18 have committed multiple carjackings.

While the arrested range in age from 14 to 58, he said more than half of carjackers arrested in the city this year are teenagers.

Many carjackers, particularly the young ones, are simply looking to "joyride," but criminals are also stealing cars to use in other crimes which they'll later abandon.

Vanore said this is not the first time cars stolen in Philly have been brought to Delaware. Investigators are looking to see if this incident fits a larger pattern of vehicles being brought to the state. This is also one of a string of carjackings that have recently occurred in the vicinity of FDR Park, so investigators are examining if it's part of a larger pattern there as well.