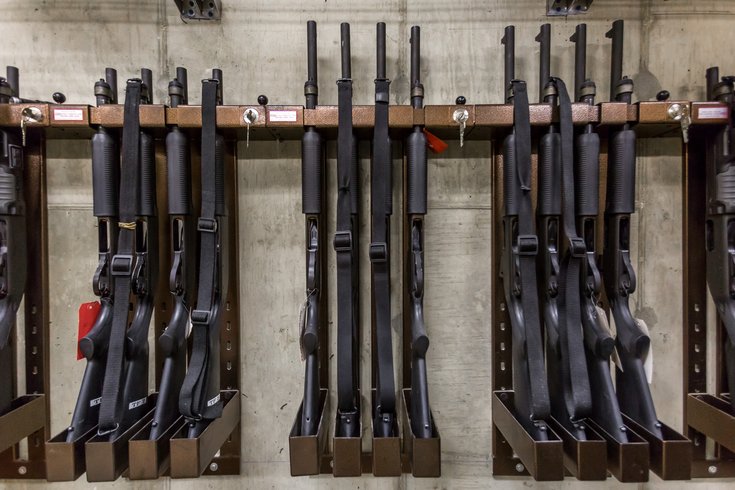 The Second Amendment of the United States Constitution reads:

A well regulated Militia, being necessary to the security of a free State, the right of the people to keep and bear Arms, shall not be infringed.

It's the second part, about the right to bear arms, that's frequently at the heart of the national debate over gun control. But it's the first part state Rep. Chris Rabb, D-Philadelphia, believes might be part of the answer to gun violence.

Rabb introduced a co-sponsorship memo Tuesday for future legislation to "establish a well-regulated militia for the Commonwealth of Pennsylvania," a move that comes shortly after 17 people were killed in a school shooting in Parkland, Florida.

Rabb says the federal government has failed to act on gun violence, so the state must take it upon itself to respond. He wants to coordinate with multiple state agencies to figure out how to establish a militia. More notably, however, establishing a militia under Rabb's proposal would mean enacting regulations on who could own certain firearms. Per his memo:

In other words, Pennsylvanians would need to be militia members in order to own certain guns.

With the GOP-controlled state legislature, it's difficult to see a scenario in which Rabb's proposal see's the light of day. The same probably goes for other proposals from Democrats in wake of the Parkland shooting, such as an assault weapons ban or a legal route for citizens to report individuals as potential safety threats and have their firearms confiscated.

At least one Republican has offered a way to potentially deter gun violence, specifically in schools. State Rep. Rosemary Brown, from Monroe County, introduced a memo after the Parkland shooting that would require schools to have a "primary" entrance to the building, a metal detector and at least one armed safety officer present at all times.

One suburban Philly law enforcement official wants to go even further. Upper Darby's Police Superintendent Michael Chitwood is proposing arming teachers and other school personnel with concealed firearms so they can fire back at an active shooter.