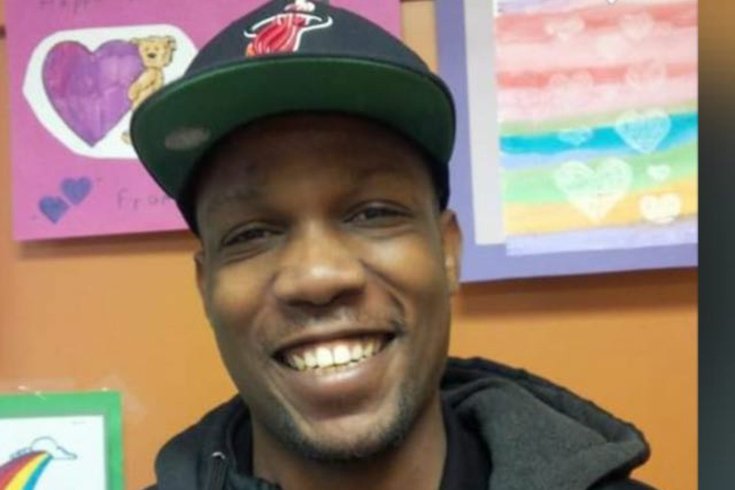 Police dash-cam video and 911 calls show several encounters that led to the fatal shooting of Maurice Gordon on the Garden State Parkway on May 23.

The New Jersey Attorney General's Office has released police dash-cam video and 911 calls related to the fatal police shooting of Maurice Gordon, an unarmed black man killed during an altercation with a state trooper on the Garden State Parkway last month.

Sgt. Randall Wetzel shot Gordon, 28, six times on May 23 during a struggle in the Bass River area of Burlington Township. Gordon had had three prior interactions with police over the previous 30 hours after a friend called 911 asking someone to check on Gordon's welfare.

The shooting is being investigated by the Attorney General's Office. Once complete, the case will be presented to a grand jury to determine whether Wetzel was justified in using lethal force.

The dash-cam video and 911 calls were released before Gordon's family could review them, leaving his mother and sister "outraged," their attorney, William O. Wagstaff, told USA Today. The Attorney General's Office offered the family an opportunity to review the footage in person, but it came on short notice – an "unreasonable request," he said.

"They were hurt," Wagstaff said. "They were beside themselves. Both of them were in my arms crying uncontrollably. Because of what they felt was the further victimization of this family."

Under New Jersey law, deaths involving law enforcement officers must be investigated by the Attorney General's office. Records must be released to the public upon request once the initial phase of the investigation is complete.

Attorney General Gurbir S. Grewal described several encounters that Gordon had with police prior to his death.

Gordon, of Poughkeepsie, New York, had left the area "looking panicked" around 3:23 a.m. on March 22, according to the 911 calls made by his friend. The friend added that Gordon had said "something about having a paranormal experience."

Over the course of the next day, Gordon was assisted by police twice after his car ran out of gas, as seen in the montage of police dash-cam videos. The first time, Gordon received gas from a tow truck. The second time, he purchased gas at a Wawa in Barnegat after receiving a ride from motorists who saw him waiting for a tow truck.

Over the next 90 minutes, Gordon was stopped twice for speeding. The first time, in Stafford, a state trooper wrote him a ticket for driving 101 mph. Less than 15 minutes later, Gordon was stopped again by Wetzel, who said Gordon passed him at 110 mph.

Gordon's vehicle became disabled during the stop and Wetzel offered to let him sit in the back of his patrol car until a tow truck arrived. He searched Gordon and found no weapons before placing him in the car.

After about 21 minutes, Wetzel offered Gordon a face mask for protection against COVID-19, but Gordon exited the police car. On the video, Wetzel could be heard ordering him to return to the car.

At that point, video shows Gordon trying to enter the driver's seat. A struggle ensued and Wetzel deployed pepper spray. Gordon again attempted to enter the vehicle but Wetzel pulled him away.

The two could be seen struggling on the side of the road before Wetzel opened fire on Gordon, killing him. While waiting for an ambulance, Wetzel allegedly placed Gordon in handcuffs on the side of the highway before administering aid, according to the Attorney General's Office.

The incident occurred just two days before George Floyd was killed in the custody of Minneapolis police. Video of that incident, which showed former officer Derek Chauvin kneeling on Floyd's neck for nearly nine minutes, prompted outrage and protests across the country. Chauvin faces murder and manslaughter charges, while the other three officers at the scene are charged with aiding and abetting.

Gordon, originally from Jamaica, came to the United States with his father when he was 18 years old. Family and friends described him as a church-going man who sang choir and was studying chemistry at Dutchess Community College in New York.

Family members of Gordon's have flown to the United States from the United Kingdom amid the investigation.

"I want the world to know my son is genuinely a lovely, lovely, lovely young man," Gordon's mother, Racquel Barrett, told ABC News during an interview on Sunday night. "Not hearing his voice is making me weak every day."