McGee will join the network's flagship program on Jan. 31 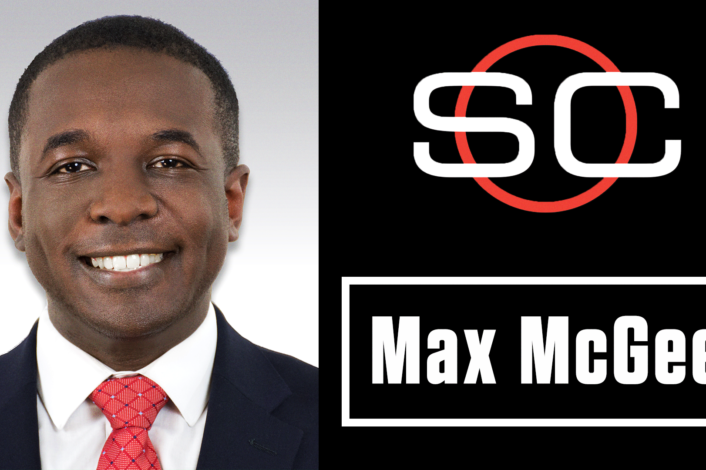 Temple University graduate and Cherry Hill native Max McGee will soon be joining ESPN as an anchor on the network's flagship "SportsCenter" broadcast.

McGee, 31, spent the last two years in Baltimore as an anchor for WJZ-TV, where he covered the city's pro sports teams and the University of Maryland, in addition to breaking news.

“I’m so fired up to be with the best in the business,” McGee said. “Every stop in my career has helped prepare me for this, so I’m eager to get started.”

McGee told The Baltimore Sun that he's aspired to work for ESPN for years. He reached out to the network's vice president and editor-at-large for content, Rob King, to see if he could get an audition in October. He got an unexpected call in December, visited the network for his audition and was offered the job a few days later.

In high school, McGee had hoped to be a baseball player, but began to pursue a career in broadcasting when he realized his athletic pursuits were going to be a long shot. Before joining WJZ-TV, McGee held roles at WMBF-TV, the NBC affiliate in Myrtle Beach, South Carolina, and KPLC-TV in Lake Charles, Louisiana, where he shared an AP Award for best sportscast.

“When we start in TV, we all just want to start at ESPN,” McGee told The Baltimore Sun. “But that’s just not how the television business works. You have to work your way up to that.”

McGee added that his approach to sports broadcasting draws inspiration from Rich Eisen, Hannah Storm and the late Stuart Scott.

On "SportsCenter," McGee will join West Philadelphia native and Temple University graduate Kevin Negandhi, who has been with the network since 2006 and also hosts "Baseball Tonight," "College Football Live" and "Outside the Lines," in addition to other fill-in and guest duties.

McGee will get started on "SportsCenter" on Jan. 31.