Meet the man who wrote the ABBA Furnace Party letter

Milton Jackson, 64, authored the mystery that brought people together in Brewerytown 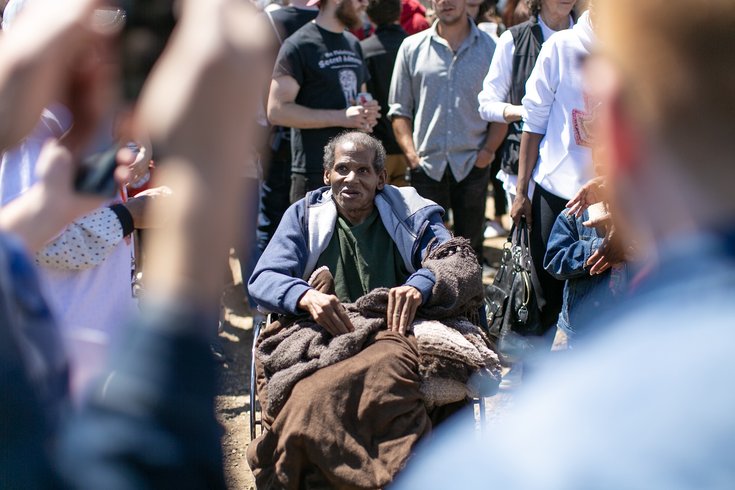 The man who goes by ABBA arrives at the Furnace Party. He is the apparent author of the mysterious letter that captivated the city for weeks.

Milton Jackson is 64 years old and has lived in Brewerytown for many years, some of them as a homeless man.

He is the reason why hundreds of people descended upon a vacant lot in Brewerytown on Saturday afternoon for the mysterious Furnace Party.

Jackson, a wheelchair user, took in the crowd with his eyes as an AC/DC song blared through nearby speakers.

Now that we’ve gotten the basic biographical details out of the way, it’s time to delve deeper into how Jackson’s flyer came to be.

For that, we will rely on the words of Bessie Jones, a Brewerytown woman who considers herself a student – maybe even a disciple – of the teachings of Jackson, who she initially referred to only as ABBA. (That changed when to Bessie’s daughter Sarai insisted they share his real name so due credit could be delivered.)

The Joneses, Jackson’s daughter Lakisha and other loved ones escorted him into the lot at 27th and Girard just before 2 p.m., a couple of hours after the meeting referenced in the flyer had kicked off.

Milton Jackson did not speak much, but for saying that “baby Jesus brought to life” the notions of peace and inner light into the world, and those are the concepts that he wanted to share.

He can speak, for sure, as evidenced by a passing request to have the microphone passed to him to address the crowd. (But that request fell to the wayside because Bessie Jones apparently covered everything that he wanted covered when speaking to a small group who circled around him.)

He graciously shook hands with everyone who approached to extend gratitude for bringing so many people together on a sunny Saturday afternoon, which is what Bessie said he hoped would happen all along.

Bessie said that Milton has taught her about “light, energy and love,” and that they can communicate telepathically.

He came to her house and wrote the letter by hand. It was part of a book that Bessie called “The Mystery of the Furnace and the Mystery of ABBA” that she said breaks down the contents in more detail than she could offer on the spot.

“He asked me to make a copy of the letter and distribute it in the community,” she said. “We had no idea the letter was going to go viral. And then he called me. I said, ‘The letter went viral.’ It was like a call to arms. The community and the people reacted.” 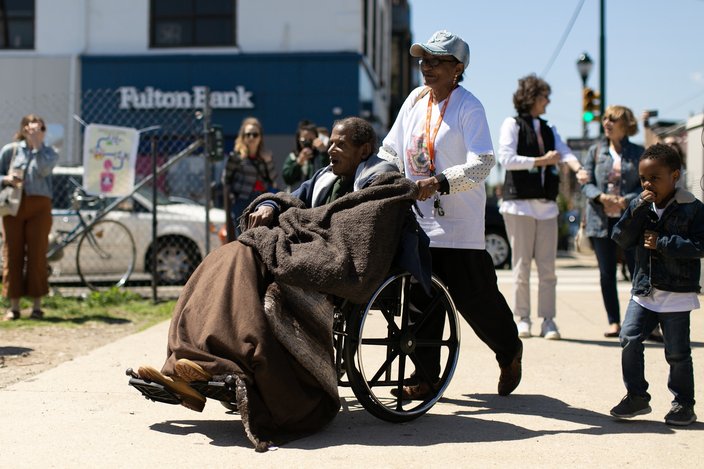 Milton Jackson, 64, arrives at Furnace Party. He greeted and shook hands with the revelers.

'SCARED TO PUBLISH THE LETTER'

With what occurred at the Furnace Party on Saturday, that seems like an understatement punctuated by people lining up to thank Milton for what he had done.

It wasn’t about turning people into statues, though Milton – a vegetarian – does think that meat remains inside humans for extended periods of time.

“He compares our human bodies to a furnace. What we all want to be is a furnace so we can purify ourselves, and get rid of dead remains and things that are toxic to our bodies,” Bessie Jones said. “ABBA doesn’t eat meat. He’s always tried to get us to not eat meat.”

“He wasn’t surprised. He’s all about promoting love and togetherness.”

Bessie was just “being obedient” by sharing these thoughts in the flyer. Her daughter Sarai said the response was entirely unexpected.

“She was actually scared to publish the letter,” Sarai said of text that her mother initially received from Milton last June.

As for him showing up, his daughter Lakisha told the Smiths on Monday that he’d planned to attend. It was the first they’d heard of the possibility.

Bessie said that she thinks Milton knew what the turnout was going to be, courtesy of his teachings.

“He wasn’t surprised,” she said of his reaction when they brought him into the lot. “He’s all about promoting love and togetherness.”

“And this is a perfect day for happiness,” Sarai added.

“Look at this: everybody is full of love and positive energy,” Bessie added.

None of them was wrong.