Digestive issues are common in menopause, but a woman's race may play a role in their severity 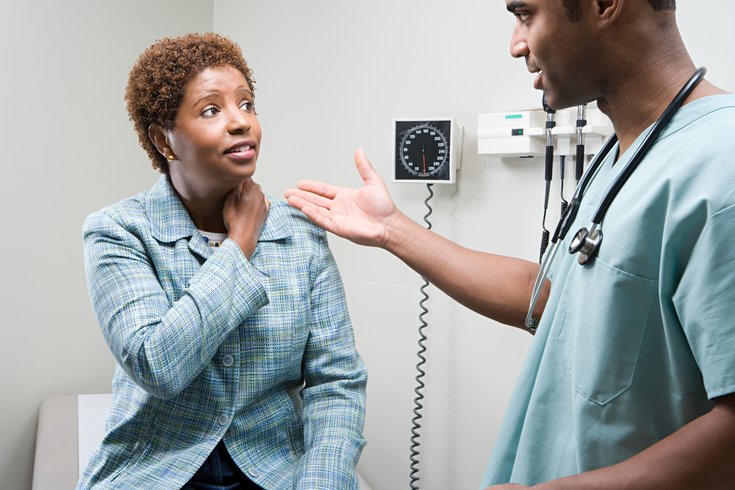 According to an analysis of more than 1,000 women, race and ethnicity influence the gastrointestinal symptoms a woman experiences during menopause.

The hormonal changes that occur during menopause are known to sometimes cause gastrointestinal symptoms.

Estrogen levels decrease while cortisol levels increase. This triggers a boost in adrenaline that can affect the GI function, including the breakdown of food and the buildup of gas and acid.

New research suggests race and ethnicity factor into the type and severity of GI symptoms that women experience during menopause. The study, published in the journal Menopause, analyzed the symptoms of more than 1,000 women.

Asian women had significantly fewer and less severe GI symptoms than other racial groups, the study found. By contrast, white women reported more severe symptoms than any other group, particularly for nausea and vomiting, diarrhea, constipation and loss of appetite.

With the exception of weight loss, the total number of symptoms and their severity varied across the premenopause, perimenopause and postmenopause stages.

Exactly how a woman's race and ethnicity may determine the type and severity of GI symptoms is not completely understood. But previous studies have documented significant racial and ethnic differences in hormonal levels as women age.

One study found that Black women are more likely to experience major drops in estradiol – a form of estrogen – and dehydroepiandrosterone – a substance that the body turns into hormones – than white women. An increasing body mass index also was found to affect hormonal changes in Black women more than in white women.

Additionally, a 2019 study found significant differences in cognitive symptoms during the menopause transition among racial and ethnic groups, with anxiety, sleep problems and hot flashes the most frequently reported. Overall, white women were more likely to report all symptoms. Asian women had the lowest prevalence of nearly all of them.

A 2000 American Journal of Epidemiology study documented how the types and frequency of menopausal symptoms differ depending on race and ethnicity.