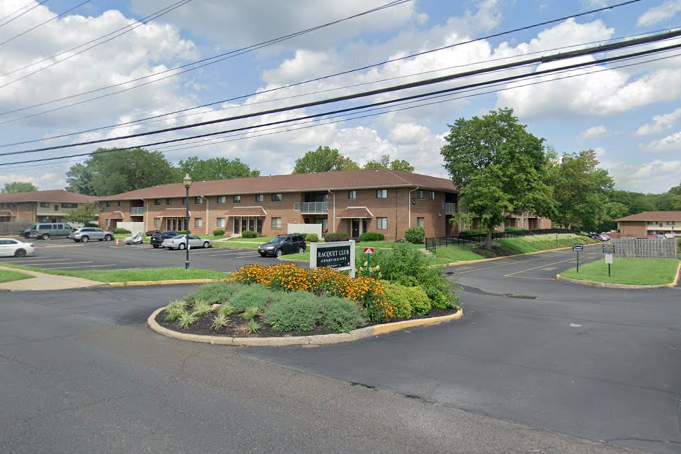 Two-year-old Julius Thornton was fatally shot at the Racquet Club Apartments in Middletown Township on Wednesday, Dec. 2, 2020. His father, 27-year-old Jorddan Thornton, was charged with endangering the welfare of child. The investigation remains ongoing.

A Philadelphia man was charged Thursday with child endangerment amid an ongoing investigation into the death of his 2-year-old son, who suffered a fatal gunshot wound to the head on Wednesday night, Bucks County prosecutors announced.

Middletown Township police responded to the Racquet Club Apartments around 8:50 p.m. after receiving a report of a child who had fallen and cracked his skull open.

When the first police officer arrived, he found 27-year-old Jorddan Thornton standing outside an apartment holding a child with a bloody head wound. The boy was identified as Julius Thornton, Jorddan's son.

Thornton told police he had been watching Netflix with his son, but fell asleep. He said the boy had been jumping on the bed and he believed Julius had hit his head on the headboard, according to an arrest affidavit.

The officer at the scene believed the boy's injury was consistent with a gunshot, based on experience from his military background.

Thornton told authorities that there were guns at the property, but that they were all kept in drawers.

Police spoke with a neighbor who said she heard a loud bang that sounded like a gunshot, followed two minutes later by a man screaming, "Help me!"

The neighbor ran out of her apartment to find Thornton holding his son in a white towel. She heard him tell the boy. "I'm sorry," according to the affidavit.

When the neighbor attempted to provide medical aid to the boy, Thornton was hesitant to let the child go, she told police. The wound she ultimately saw was severe.

The boy was taken to St. Mary's Center where he died a short time later. A doctor at the hospital said the injury appeared to be gunshot wound, according to prosecutors.

Weintraub said all possibilities remain under investigation, from the boy accidentally shooting himself to him being accidentally or deliberately shot by his father.

Thornton was charged Thursday with endangering the welfare of a child and is being held at Bucks County Correctional Facility.

The investigation remains active and ongoing.