The actor, who spent part of his childhood visiting the Jersey Shore, took a photo with staff at the The Ugly Mug 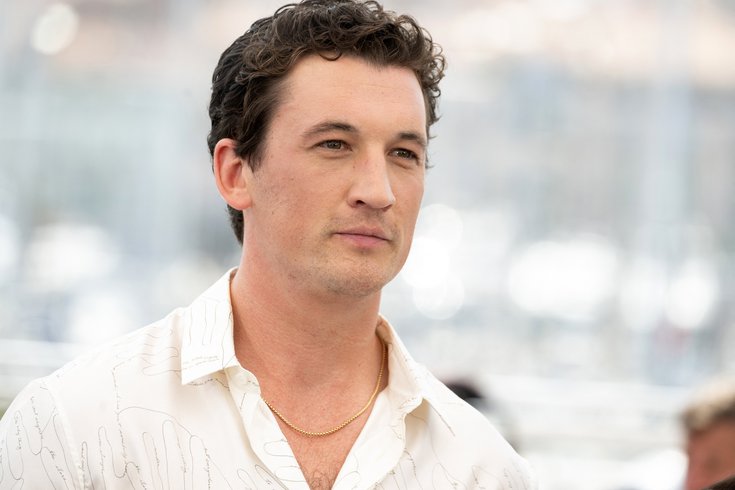 'Top Gun: Maverick' star Miles Teller made an appearence at The Ugly Mug in Cape May over the weekend. Above, he's pictured in France at the 75th annual Cannes Film Festival in May.

Few movies during the COVID-19 pandemic have come anywhere near the resounding success of "Top Gun: Maverick," the follow-up to the 1986 action classic about the U.S. Navy's most elite aviators.

The sequel, starring an older, but still spry Tom Cruise, surpassed $1.37 billion at the Global Box Office and $637 million domestically this weekend, becoming the 13th highest-grossing film of all time.

Cruise may be the face of "Top Gun," but his protege in the new film, played by Downingtown native Miles Teller, could eventually become the face of a franchise that seems likely to continue as long as the aerial heroics pack movie theaters.

Teller, who's been in a string of military-themed films, from "War Dogs" to "Only The Brave" and "Thank You For Your Service," made an appearance in Cape May over the weekend. On Saturday, the 35-year-old actor took a photo with staff from The Ugly Mug, the storied Washington Street Mall tavern that's been at the Jersey Shore since 1926.

Ugly Mug is happy to serve our special guest, Miles Teller. Thanks for joining us! #milesteller #rooster #topgun

Teller also tweeted a photo of the ocean and the blue sky above on Sunday afternoon.

In the past, Teller has professed his love for The Original Fudge Kitchen, which has locations in Cape May, Wildwood, Stone Harbor and Ocean City.

Grew up eating this stuff on the boardwalks of Cape May, NJ. Best fudge there is. pic.twitter.com/WwuWrLic3v

Teller spent the early part of his life in Pennsylvania and Delaware before moving to Florida when he was 12 years old. He remains a huge fan of the Phillies and remembers watching the 1993 team reach the World Series as a kid, he told PhillyVoice in 2017.

"I just love the East Coast. The northeast is just such a great place for sports. You go to a bar and talking to a girl, she can rattle off two or three relief pitchers, let alone the position players," Teller said. "It’s just such a part of the culture. And I miss blue crabs. My dad used to always go to Dinardo’s and get a couple of jumbos. I miss Old Bay being on frickin’ everything. And then I grew up in Cape May, New Jersey for a long time. So I love the shore. Wawa."

Teller recently starred in the Netflix original film "Spiderhead," a sci-fi movie based off of author George Saunders' short story about a prison where experimental drugs are tested on inmates. He'll appear next as a voice actor in the animated comedy "The Ark and the Aardvark," alongside co-stars Aubrey Plaza, Jenny Slate and Rob Riggle.