The movie is available to watch on Amazon Prime 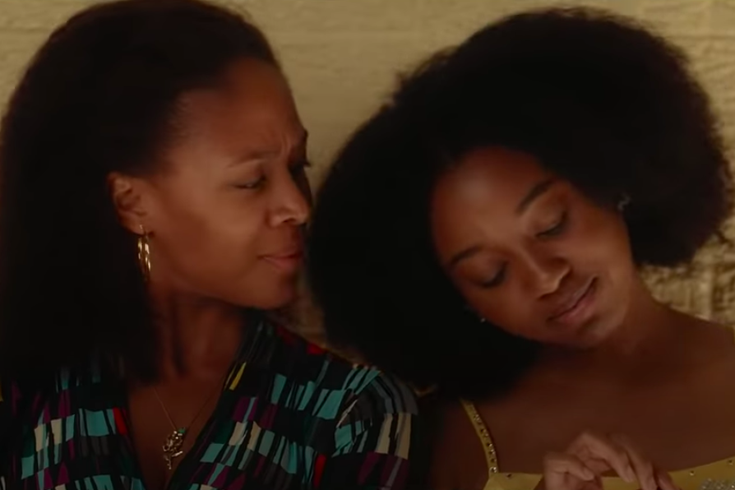 Philly's BlackStar Film Festival has wrapped up its ninth year of highlighting films that celebrate the voices of the African diaspora and other global communities of color.

This year’s lineup included more than 80 films, with 24 world premieres, and represented more than 20 countries.

After ending Wednesday, the festival has announced the 2020 winning films. "Miss Juneteenth," the charming debut feature from Channing Godfrey Peoples, was crowned the winner in the Best Feature Narrative category.

In the movie, a former beauty queen and single mom prepares her rebellious teenage daughter for the Miss Juneteenth pageant. The film made its world premiere at the Sundance Film Festival and later won an award at SXSW in March.

Currently, "Miss Juneteenth" is available to watch through Amazon Prime Video and YouTube. It also was screened recently at the drive-in outside the Mann Center. The BlackStar Film Festival went virtual this year due to the coronavirus pandemic, but did screen three picks at the Parks & Recreation's pop-up Philly Drive-In.

In another big category, Michèle Stephenson’s "Stateless" won Best Feature Documentary. The film follows the campaign of electoral hopeful Rosa Iris, revealing the depths of racial hatred that divide Haiti and the Dominican Republic. The documentary was part of the 2020 Tribeca Film Festival lineup.

Lionsgate and STARZ also partnered with BlackStar to present the first Lionsgate/STARZ Short Film Award this year. The five winners each will receive $1,000 and have the opportunity to showcase their films on STARZ in Black. Winners include Martina Lee’s "Black Boy Joy," Oniffe White’s "Echoes of a Winter Sunshine," Amy Aniobi's "Honeymoon," Suha Araj’s "Rosa" and Felicia Pride’s "Tender."

In addition, BlackStar members voted "Legendary: 30 Years of Philly Ballroom" and "Daughters Of" as the winners of the Shine Award, given each year to films directed by Philadelphia-based filmmakers. Eleven films were eligible for the prize this year.