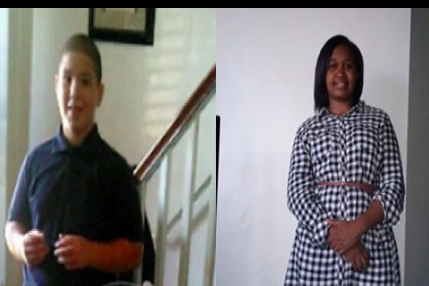 The first is an 11-year-old Mayfair boy with a mild cognitive disability who was reported missing late Tuesday afternoon, police said.

The boy has been identified as Joshua Colon, a resident of the 6600 block of Erdick St.

Anyone with any information on his whereabouts is asked to contact the Northeast Detective Division at (215) 686-3153 or call 911.

The second is a missing 17-year-old Point Breeze girl who is said to have bipolar disorder and may be in need of medication, police said.

According to police, Dajah Williams was reportedly last seen early Wednesday at around 1 a.m. at her residence on the 2200 block of Morris St.

Anyone with any information on Williams’ whereabouts is asked to contact the South Detective Division at (215) 686-3013 or call 911.