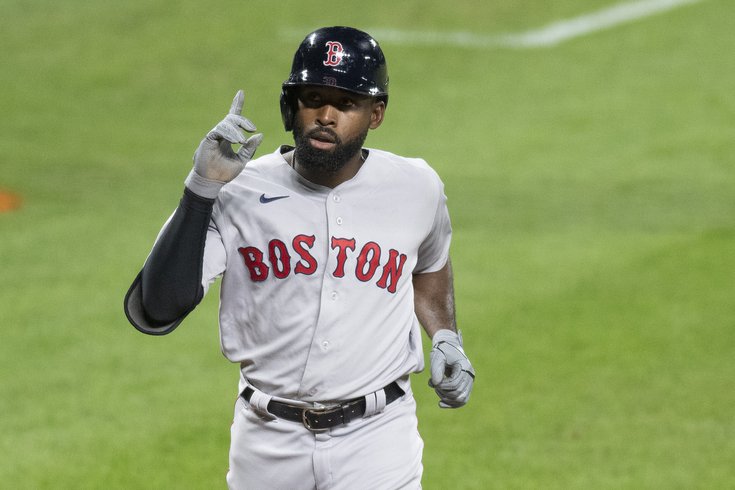 It's funny how these things always seem to happen. A new coach or general manager arrives in town and suddenly the team is linked to every available player who has ever played under them. And, as we've seen in the past — like last season with Didi Gregorius —sometimes there's actually been something to those rumors.

This could be one of those cases, as it marries a Phillies' need with a player who is familiar to the team's new president of baseball operations, Dave Dombrowski. According to Jon Morosi, the Phillies are among the teams interested in free agent center fielder Jackie Bradley Jr., who was a key contributor on Dombrowski's World Series winning team in Boston back in 2018.

Free agent Jackie Bradley Jr. is drawing interest from the Phillies, Cubs, and Blue Jays, among other teams, as I mentioned this morning on @MLBNetwork. Bradley, 30, is coming off a season in which he posted a 118 OPS+, his best since 2016. @MLB

After a few down seasons following his lone All-Star appearance in 2016, Bradley bounced back during the 2020 COVID-shortened season, slashing .283/.364/.450 in 217 plate appearances and posted a 2.1 WAR, which wouldn't be much over a full 162-game season, but becomes much more impressive when you realize the season was just 55 games long.

Bradley would be an immediate upgrade for the Phillies in center field, one of the key areas where they need to improve this offseason if they hope to contend for a playoff spot in 2021 (they currently have +3500 odds to make the World Series at FanDuel, according to TheLines.com).

For now, the team has Roman Quinn and Adam Haseley running a platoon in center field, but Bradley would bring some veteran consistency to the position, and would not only be a defensive upgrade, but he would especially help at the plate, where he would add a left-handed bat to a lineup that could use one.

So, what will Bradley cost? A first-time free agent after spending the first eight seasons in the league with Boston, the 30-year-old outfielder actually shouldn't be all that expensive, which makes him even more intriguing to a Phillies team that has several other holes to fill, including one behind the plate that could cost them quite a bit. According to MLB Trade Rumors' pre-free agency predictions, a two-year, $16 million deal could get it done for Bradley. That, however, will obviously change based on how many teams are bidding for his services.

With Dombrowski leading the front office, it appears the Phillies will be one of those teams.