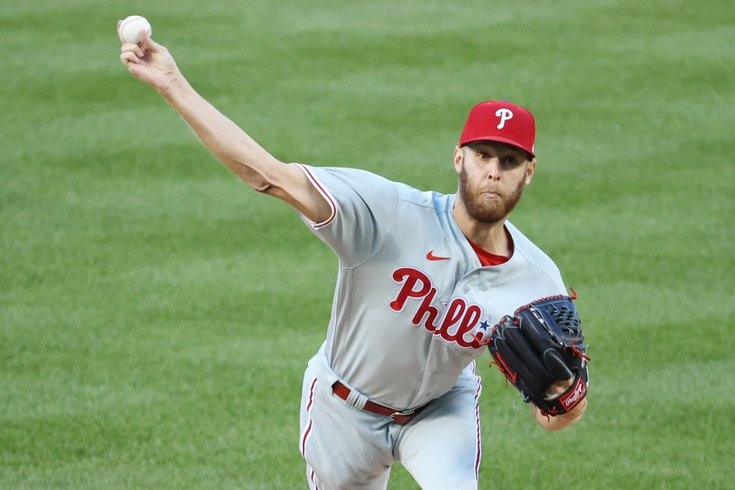 Will Zack Wheeler be one-and-done in Philadelphia?

Remember how it felt just two years ago, when the Phillies were eager to hand out "stupid money" to become contenders and spent an entire offseason wooing Bryce Harper?

They were aggressive in the trade market too, landing Jean Segura and J.T. Realmuto in big splashy blockbusters and — a year later — inked Zack Wheeler to a big five year, $118 million deal. Things were looking good. Contention was on the horizon.

But for whatever reason, despite the same pandemic-related financial woes impacting every one of Major League Baseball's 30 teams, the Phillies and owner John Middleton appear to be done trying.

A few days after reports surfaced that the team was nursing gigantic financial losses from 2020, and that the team was looking to get Segura's $14 million deal off the books, another report came out Sunday and this one is downright alarming.

The Philadelphia Phillies have communicated to other teams that they are facing a financial crunch and are open to offers for their second-highest-paid player, starting pitcher Zack Wheeler, according to sources.  [ESPN]

UPDATE [1:30 p.m.] — A few hours after publishing the piece, ESPN added a note from the Phillies front office that will be reassuring to many:

Through a team spokesperson, Phillies managing partner John Middleton and team president Andy MacPhail indicated that the idea that the Phillies are shopping Wheeler is categorically untrue.

Yes, that's right, a few months after Wheeler pitched well enough to get Cy Young votes in his first year as a Phillie, he may be on his way out of town. Rumors are everywhere, and even Aaron Nola is not immune, as teams like the World Series winning Dodgers are viewing the Phillies as sellers. A firesafe could be in the works for a team that was a small September collapse away — three years in a row — from being postseason contenders.

Here's more from ESPN's Buster Olney, on why exactly this is happening:

Following the summer of games played without fans in the stands, the Phillies recently became the latest team to execute front-office layoffs, reportedly letting go of 80 employees. The Phillies demoted general manager Matt Klentak in the first days of October, and since then, have been in a deliberate search for someone to oversee the team's baseball operations department. Whoever move into that job -- former Diamondbacks GM Josh Byrnes is among the names being discussed -- may well be asked to make moves that are unpopular with fans, much in the way that Chaim Bloom did in Boston. Bloom's first major move was the trade of perennial All-Star Mookie Betts.  [ESPN]

Is it possible that they move Segura or Wheeler and then use that cash to bring back J.T. Realmuto and build a contender with cheaper parts? Or will they sell their entire team for prospects and kick contention down the line even further?

Their farm system is far from being one of the best in the league and their roster was older than the average squad in 2020, so there is really no clear rebuilding path for a team that contains one of the more talented rosters in the sport.

One thing is sure to happen — Bryce Harper, who is just two years into his 13-year, $330 million deal that famously does not contain any kind of opt out — cannot be happy with what is happening behind the scenes. Whether he will be able to influence the team in any way is yet to be seen, but if Harper winds up demanding a trade before this volatile offseason is through, things will likely be at rock bottom for a Phillies fan base that hasn't rooted on a winning team since Barack Obama's first term in 2011.