MLB rumors: Will Phillies get rid of Vince Velasquez before deadline?

And also, when will the Phillies start making moves? 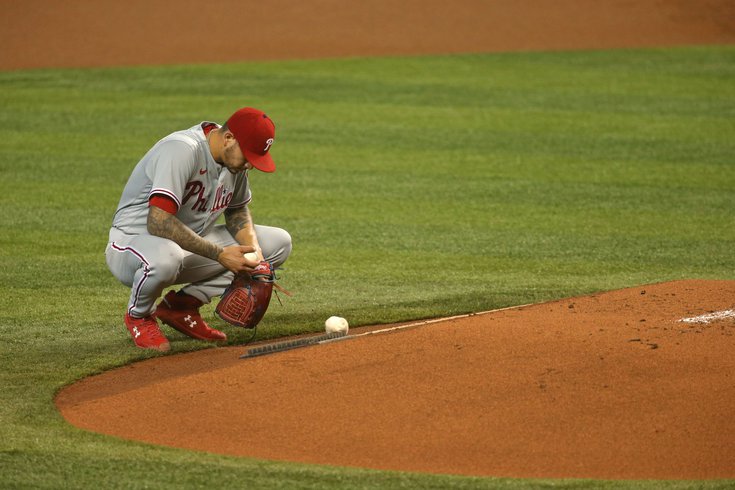 Vince Velasquez has been frustrating for Phillies fans for years now.

Aside from rumors and less than encouraging statements from team officials, the Phillies have done pretty much nothing since their season ended one win away from the team's first playoff berth in nine years.

That could all change on Wednesday.

The MLB's deadline to tender a contract to a player (who is under team control and has under six years of service time) is at 7 p.m. on December 2nd, and it is possible Philadelphia may decide to walk away from a player who has caused a steady stream of frustration and anxiety since he was first traded for in 2016: Vince Velasquez.

The Phillies will, if they elect to tender a contract to the 29-year-old pitcher, likely be on the hook for something in the neighborhood of $4.3 million next year. The team can spend that money better somewhere else.

Velasquez never reached his potential and has lost more games (35) than he has won (28) while never compiling an ERA below 4.12 — his career mark stands at 4.44. Philly has demoted and promoted VV countless times, and his production in the bullpen has not been any better.

Here's the Phillies' projected rotation without Velasquez next season:

If you include Velasquez' projected $4.3 million salary in 2021 (that number is according to spotrac.com), the Phillies have the 7th highest payroll in the majors devoted to starting pitchers, around 34%. For a team with a ton of other priorities, like throwing everything they can at J.T. Realmuto, and rebuilding a bullpen from scratch, every bit helps.

That fifth starter can be a free agent, there are a bevy of them out there. It can also be someone the team acquires via trade, or they can go with a cheap internal option like Adonis Medina or Ramon Rosso. Regardless of what their plan is, Velasquez' time in red pinstripes is probably numbered.

With teams making determinations on whether to tender contracts to their own players across the sport (like the Yankees and catcher Gary Sanchez, the Royals and infielder Maikel Franco, the Mets and pitcher Robert Gsellman and many more), there will be a clearer picture of all the pieces available via free agency soon.

That, paired with the MLB Winter Meetings starting later this week (they finish with the Rule 5 Draft), should give the offseason a little momentum.

Which means that the Phillies could show their hand pretty soon as to whether they will be cheapskates and shy away from spending money to contend, or if they will make a serious push to bring back Realmuto and assemble a team that can compete for a playoff spot this summer.

Velasquez could be the first domino to fall.