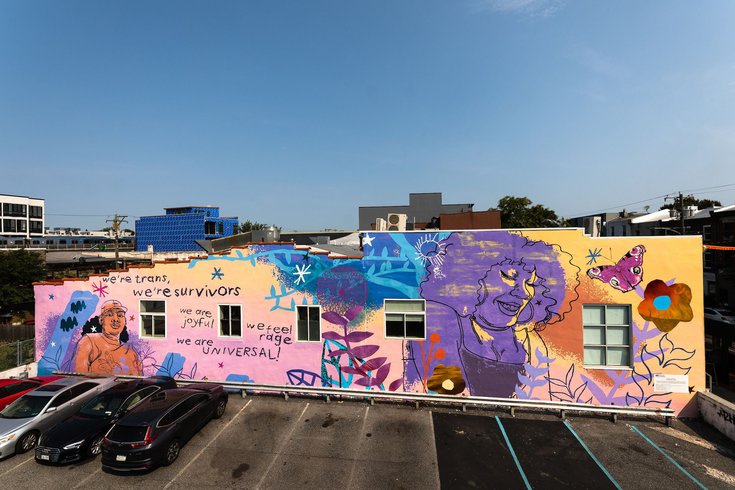 Morris Home is an initiative led by Resources for Human Development, a national nonprofit that provides a range of services to vulnerable and underserved populations. The organization has spent over five years planning and developing the expanded facility and residents will officially be moving in next month.

Organizers held a community event celebrating the grand opening on Tuesday at the site of the new home.

"We want to celebrate our community and all the hard work we did to get to this point," Laura Sorensen, director of Morris Home, told Axios. Tuesday's commemoration began with a ribbon cutting and was followed by speakers and performances throughout the day.

Morris Home staff posted a sneak preview of the home at 23 S. 44th St. in August 2021. Though slated to open sooner, pandemic-related delays and supply shortage issues made it challenging for organizers to repair the building and make it move-in ready.

The house will be able to hold 14 residents – an increase from just nine available slots in Morris Home's current location in Southwest Philly. Organizers also wanted to enhance security at the recovery house so residents can feel safe and free from harassment.

In June 2018, an explosive object was thrown onto the porch of Morris Homes' original residence, Philadelphia Gay News reported. Though none of the seven residents inside the home at the time were injured and no arrests were made, it left organizers concerned about the safety of its residents, particularly as they work through a vulnerable time in their lives.

In March, Anthropologie teamed up with Morris Home to furnish the new facility's therapy room. The partnership began in June 2021, when the apparel company donated $10,000 to Morris Home in honor of Pride Week. The therapy room includes different lighting options and additional sensory tools to use during therapy sessions.

"Every person arrives in treatment with a specific set of experiences, strengths, challenges, and supports that will influence what their course of treatment will be," Sorensen told Anthropologie. "We meet our members where they are, without moralism or judgement."

Morris Home was established after Sade Ali, the former deputy commissioner of the city's Department of Behavioral Health and Intellectual Disability Services, began pushing for trans-affirming recovery in Philly.

Since its founding in 2012, Morris Home has remained the only trans and gender non-conforming-specific drug and alcohol recovery home in the country. It has expanded to include education and housing networks, holistic therapies and community outreach to help support its members and graduates.

Lead therapist Lisa Phillips believes that it's important — particularly for trans people — to recover in an environment alongside other members of their community and see themselves reflected in the staff and services they are receiving.

"We Are Universal," which is at 1306 Frankford Ave. in Fishtown, features sketchbook-style drawings and the phrase, "We're trans, we're survivors, we are joyful, we feel rage, we are universal."

The recovery home is named after Nizah Morris, a transgender woman who suffered a fatal head wound after taking a courtesy ride from Philadelphia police on Dec. 22, 2002. She later died on Dec. 24 at Jefferson Hospital. A child care worker and entertainer often found in the Gayborhood, Morris' death remains a mystery.

While the Medical Examiner's Office labeled her death a homicide, Philadelphia police originally believed it was accidental, leading to years of protests and investigations from the Police Advisory Commission.