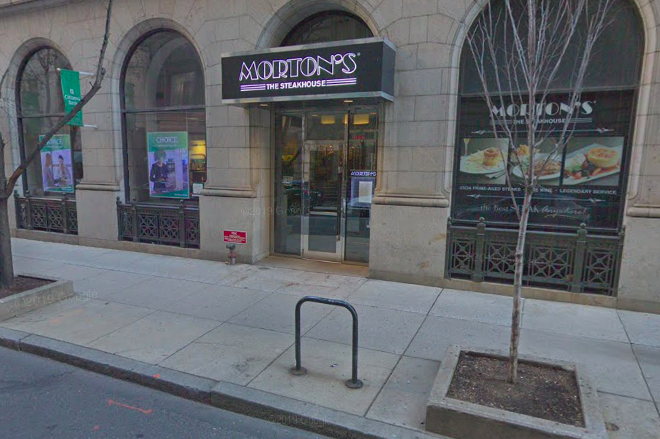 Morton's Steakhouse has closed its Center City Philadelphia location at 1411 Walnut Street. The restaurant had been there since 1999.

One of Philadelphia's most well-known steakhouses closed its doors on New Year's Eve, ending a 20-year run in Center City as its owner evaluates future plans.

Morton's Steakhouse, which opened at 1411 Walnut St. in 1999, has shut down operations and transitioned employees to other restaurants under the umbrella of its owner, Landry's Inc., according to the Philadelphia Business Journal.

Morton's opened its first location in Chicago in 1978 and came to the Philadelphia area in 1985. The Morton's Steakhouse located in King of Prussia will remain open.

The decision to close the Center City location appears to have been motivated by growing competition from other steakhouses, including two others in Landry's portfolio. Del Frisco's Double Eagle Steakhouse and Del Frisco's Grille, which opened late in 2018, were acquired last year by Landry's.

It's not known what will happen with the space at 1411 Walnut St., which is owned by PMC Property Group, but it reportedly is not out of the question that Morton's Steakhouse reopens at another location in Philadelphia.