Natalie Egenolf: What I'm looking for in Eagles preseason opener

Plus, how the Utleys continue to save (puppy) lives. 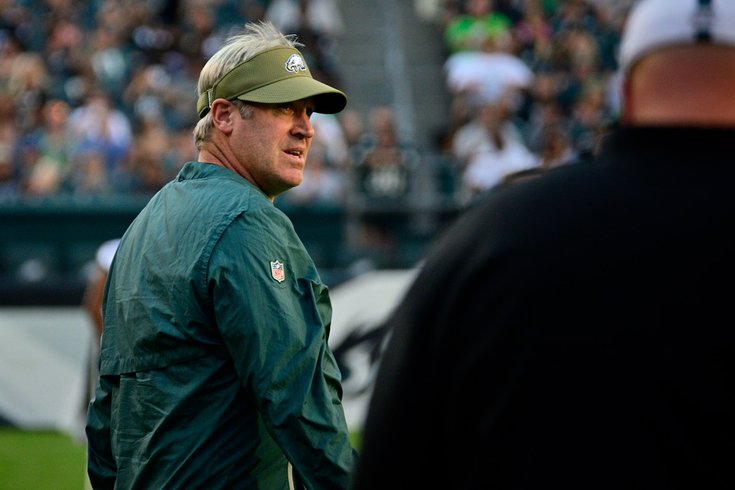 The first Eagles preseason game has finally arrived. Here are a few things I’m looking for in the game Thursday night to give me the confidence to head into the season with a clear head:

Yes, I know, I know. I do want to see him as much as you. However, the one storyline that has been exhausted to death heading into the season has been Carson’s health. We understand the repercussions of what will happen if he goes down, even for a game or two, so the most important thing to see on Thursday night is Nate Sudfeld.

My coworkers at 97.5 The Fanatic are aware of with my obsession with the offensive line. I demanded an O-lineman in this year’s draft and celebrated like it was Christmas Day when the team drafted Andre Dillard.

PLEASE GIVE ME AN O LINEMAN HOWIE PLEASE. #NFLdraft

I know it’s not the flashiest position, but the key to Carson’s health is protecting him and keeping him upright. I’ve actually lost sleep thinking about who will protect Carson’s blindside if Jason Peters can’t survive this season.

From what we’ve heard about Dillard in camp, he’s fitting in just swimmingly. Jordan Mailata has been transitioned to the right side and apparently has been struggling; I don’t think I’m alone in wanting to see what he can bring to the table and what he’s learned.

I’m also mildly obsessed with Halapoulavaati Vaitai’s transition to right guard. Over his years here I’ve been impressed with his ability to transition from right to left tackle but the team must have faith in his abilities to plug him in for Brandon Brooks in the case he’s not ready Week 1. Big shoes to fill for Big V in this role.

Call me a homer (and I am, so whatever) but I’m always keeping my eye on the hometown underdog from Frankford (Northeast Philly represent!). Reports from camp had D-line coach Phil Daniels being impressed with Miller with Brandon Graham saying he has all the tools and the size.

With Joe Ostman going down in camp and so much uncertainty at DE, I’m hoping to see Miller make his case in the preseason to stay in his hometown and play for his home team. What a dream come true for any Eagles fan.

Chase Utley may be retired, but his family continues to save animals in Philly

This past weekend, the '09 squad was in town to be honored by the organization. It was great to see the whole gang, but even better to learn the community efforts started by some of the key players and their families during their time here in Philly are still thriving, like when it was announced that Jen Utley would be visiting the SPCA to help launch the Barn Animal Fund. 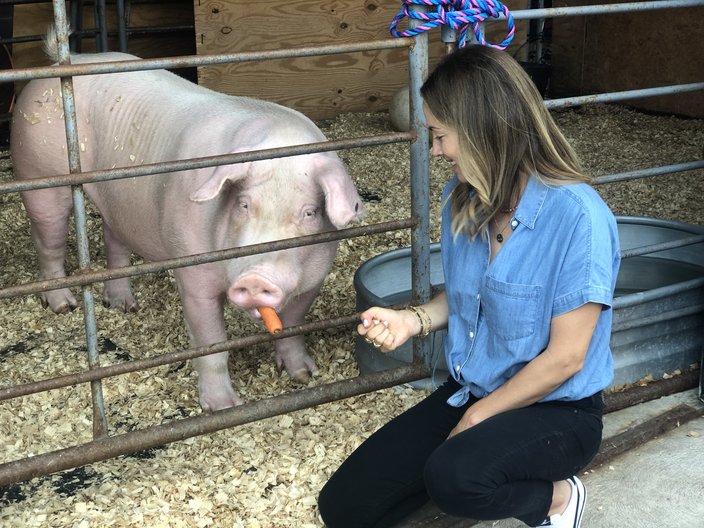 Jen Utley, wife of former Phillies second baseman Chase Utley, does quite a bit of work to help save animals of all different shapes and sizes.

The Utley’s have been involved with the PSPCA for over a decade. The Utley Foundation was established in 2008 to support the SPCA’s Etana Fund to prevent and protect animal abuse and inhumane treatment through the Humane Law Enforcement. During the Barn Animal Fund announcement, Jen credited the “the work that the organization has done, the progress that the people have made and staying on the right track” for the Utley family's continued involvement even though they moved back to California after the 2015 season.

The SPCA is largely known for their animal cruelty prevention and rescue efforts as well as vaccine clinics and affordable spay and neuter options, but according to the organization, within the last year the PSPCAs Humane Law Enforcement Officers have been called to over 7,000 suspected acts of animal cruelty across the eastern part of the Commonwealth.

Among these cases included a rescue of over 1,250 baby chickens found in an abandon lot in North Philly and 118 animals from a farm in the Lehigh Valley which included alpacas, sheep, goats, mini horses and much more. The cost of medical care and maintenance for these animals is expensive.

The SPCA relies solely on the public for funding for their efforts. In addition to launching the Barn Fund with the SPCA, Jen is currently working with “The Gentle Barn” in California, an organization dedicated to teaching kindness and compassion to animals, each other and our planet.

Jen credited the family like atmosphere and community driven efforts of the Phillies for strengthening the bond of animal rights efforts here in Philadelphia. She and other Phillies wives started “Save a Pet at the Park” which continues on still through current players and their wives.

The SPCA will hold their 3rd annual Puppapalooza at the Pier at Morgan’s Pier on Thursday, August 29 with special guest Scott Kingery. The Phillies themed event will showcase adoptable animals and feature Phillies celebrity bartenders, and appearance by the Phanatic and more.

For more information on how to help the SPCA Barn Fund and Puppapalooza at the Pier: