NBA Power Rankings Roundup: Injuries (and losses) are finally catching up to the Sixers 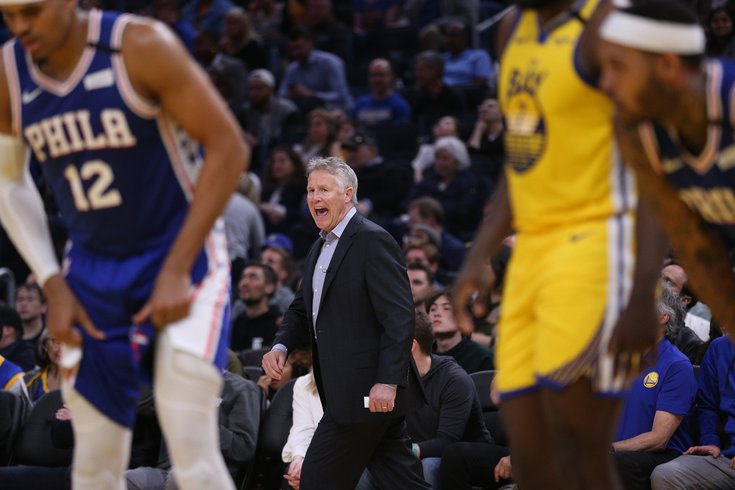 The Sixers, who are returning from a 1-3 West Coast trip that saw them drop into sixth place in the Eastern Conference, have a couple much-needed days off to regroup before returning to play on Wednesday night against the Pistons.

Will they get any of their injured starters — Ben Simmons, Joel Embiid and Josh Richardson — back in time for their next game? The last two seem like possibilities, while Simmons' status remains largely unknown at this point. Will Al Horford continue to play well once those guys return? What happens to Shake Milton, and who fills out the rest of Brett Brown's playoff rotation? And will Philly be able to pass Indiana or any of the other teams ahead of them before it's too late?

We'll likely get the answer to most, if not all, of these questions over the next 18 games as the Sixers prepare for their most important stretch of the season. Luckily, the schedule gods seemed to have smiled down on them — now they'll just need the injury gods to do the same.

The last week wasn't very kind to the Sixers, who are now 38-26 on the season, and that was reflected in the latest round of NBA power rankings. Let's take a look...

For a team without Ben Simmons, Josh Richardson and Joel Embiid, winning the back end of the West Coast trip to finish 2-2 would have been an accomplishment, especially after the Sixers lost the first two games to the Clippers and Lakers. Instead, Philadelphia was outscored 36-24 in the fourth quarter by a Golden State team missing Stephen Curry, Draymond Green and Klay Thompson. If there is a positive takeaway from the trip (besides Shake Milton vs. the Clippers), it is the play of Glenn Robinson III. In the losses to the Lakers and Warriors, Robinson III averaged 20 points on 14-of-20 from the field and 5-of-7 from 3.  [Bobby Marks, ESPN.com]

Breaking it down: You're right, we usually start with the team's best ranking and work our way down from there. And no, we didn't change this week. This is it. This is their peak ... and it's hard to blame ESPN for this ranking. For starters, they're not alone so clearly it's a deserved spot. And while it may be true that the Sixers were without three starters the entire week, they had no business losing to the Santa Cruz Warriors Golden State Warriors. Maybe dropping them three spots was one or two too many, but I'm not going to nitpick here.

The Sixers went 1-2 this week as they await the return of Ben Simmons and Joel Embiid, who sounds like he may be back soon. Philly picked up a big win in Sacramento, but followed that up with a bad loss to the Warriors, who were without Steph Curry and Draymond Green. Brett Brown is sick of answering questions about his team's staggering home/road record discrepancy, but it's truly baffling (28-2 at home, 10-24 on the road). Luckily for them, they have a four-game homestand starting on Wednesday.  [Colin Ward-Henninger, CBSSports.com]

Breaking it down: Again, my only complaint here would be that they dropped four spots, which seems like a bit much given their injury situation. But at least there's a glimmer of hope at the end, as this upcoming four-game home stretch should be the shot of adrenaline they need and could help them climb back into the Top 10 next week. Of course, there's also a chance that by the end of this homestand, the Sixers are playing in an empty arena.

The Sixers got an impressive win over the surging Kings on Thursday behind big games from their two healthy starters. Tobias Harris led all scorers with 28 points and Al Horford registered a plus-41 in 36 minutes. But they went 1-3 on a four-game trip without three starters (Josh Richardson suffered a concussion in the second quarter of the first game).

The last five games (the stretch in which they've been without both Ben Simmons and Joel Embiid) have been both the Sixers' best offensive stretch (122.4 points scored per 100 possessions) and their worst defensive stretch (122.2 allowed per 100) of the season. The offensive improvement has mostly come on the perimeter (the Sixers have shot 44% from 3-point range with an increase in attempts over the five games) and the defensive decline has mostly come inside (their opponents have shot 66% in the paint with an increase in attempts there).

Embiid could be back this week to shore up the defense, and the health of their stars is more important than the particulars of the remaining schedule. But 11 of the Sixers' final 18 games are at home (where they haven't lost since before Christmas) and they're playing just two games in an eight-day stretch that began Sunday. One of those two - Saturday against the Pacers - could be for fifth place in the East.  [John Schuhmann, NBA.com]

Breaking it down: This seems about right for the Sixers.

Did the expectations change? PLUMMETED. Like Wile E. Coyote once he looks down after running off a cliff. (Do kids today get this reference?)

This team was supposed to contend for winning the Eastern Conference. Maybe they could even win a championship, but mostly this team was built to take down the Milwaukee Bucks. Does anybody believe at this point the 76ers have a chance in the postseason? It’s too early to write them off, but it feels like that’s what everybody is doing. Al Horford has been an awful fit, Ben Simmons hurt his back and Joel Embiid has been in and out of the lineup. Brett Brown’s job doesn’t seem the most secure, and the Sixers have been so bad on the road this season that a first-round exit wouldn’t shock anybody.

Why this ranking? They went 1-3 on the road trip and they lost to the Warriors, who didn’t have Steph Curry on the floor. I just don’t trust this Sixers team without Joel Embiid and/or Ben Simmons. And even with those guys, I don’t trust them on the road. The Sixers just feel sunken moving forward, and I’m not sure anything but an intervention can help them. Well, that and health.  [Zach Harper, TheAthletic.com]

Breaking it down: In case you don't get that Looney Tunes reference — even though you should — it's pretty on the nose.

Thursday's 125-108 win over the Sacramento Kings was the Sixers' first road victory since Jan. 20. It ended a nine-game slide away from home, and it came against the team that, at that point, had the best record in the league after the All-Star break.

Even without three starters—Ben Simmons, Joel Embiid and Josh Richardson are all still out—Philadelphia was competitive in the tough opening contests of its now-concluded four-game trip up the West coast, holding early advantages against the Los Angeles Clippers and Los Angeles Lakers before predictably faltering against healthier powerhouses.

Whatever encouragement Philly might have mined from a tough trip disappeared in Saturday's embarrassing 118-114 loss to the Warriors, who played without Stephen Curry and with a whole bunch of guys you've almost definitely never heard of.

Joel Embiid hurt his shoulder the same night Philadelphia lost to the Cavs a couple of weeks ago, but Saturday's loss to the Dubs might still represent the season's low point. Once the big man is back (possibly as soon as Wednesday), it'll be safe to move the Sixers up several spots.

For now, this is the position they deserve.  [Grant Hughes, BleacherReport.com]

Breaking it down: They had the Sixers at 13th last week, which felt a little low at the time, but given his reasoning — and the fact that he believes Embiid's return to the lineup is worth them climbing up a few spots on its own — it's not as bad as it looks on the surface.