'Superstore,' 'This Is Us' won't return to NBC until October, November 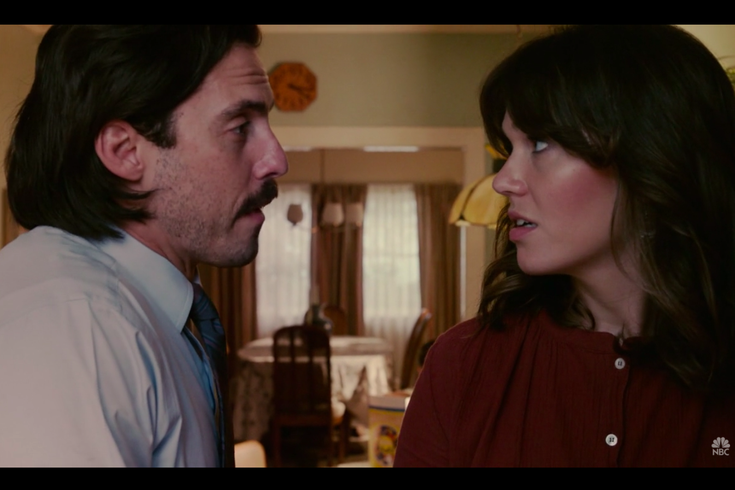 'This Is Us' will have its season premiere on Nov. 10. NBC had to postpones the premiere dates for several scripted dramas and comedies due to the coronavirus pandemic.

Several beloved scripted dramas and comedies are slated to return to NBC this fall, albeit a little later than usual because of the COVID-19 pandemic.

The network had originally announced its fall schedule in June, which included normal September season premiere dates for many of its shows including "Brooklyn Nine-Nine" and "This Is Us." That schedule had to be reworked because the health crisis first stopped TV and film production and now is extending production times because of safeguards put in place to mitigate the potential spread of the coronavirus among among the casts and crews working on sets.

September's programing on NBC mostly will be unscripted TV shows, including "American Ninja Warrior," "Dateline NBC," and the debut of the "Weakest Link" revival with host Jane Lynch. "Transplant," a Canadian medical drama, also will premiere this month, replacing "New Amsterdam" for the fall season.

"The Voice," with coaches Kelly Clarkson, John Legend, Blake Shelton, and Gwen Stefani, returns in October, as does "Superstore." The network also will premiere "Connecting," a new comedy starring "30 Rock" alum Keith Powell, on Oct. 1. The show follows a group of friends trying to stay close over video chats during the pandemic.

Five NBC dramas are scheduled to have season premieres in November, including "This Is Us," on Nov. 10. "Chicago Med," "Chicago Fire," and "Chicago P.D." will be on Wednesdays this fall, beginning on Nov. 11. "Law & Order: SVU" and "The Blacklist" are slated to return on Nov. 12 and Nov. 13, respectively.

RELATED: Check out shows, movies coming to Hulu in September, and catch the ones that are leaving before they're gone.

"Brooklyn Nine-Nine" and "New Amsterdam" have been moved from their original fall time slots and will premiere after Jan. 1. "Good Girls," "Making It," and "Zooey's Extraordinary Playlist" also are expected to return in the new year.

Watch the premieres live on cable and streaming TV services, including Hulu + Live. Until then, previous seasons of all the network's returning shows can be streamed on Hulu.