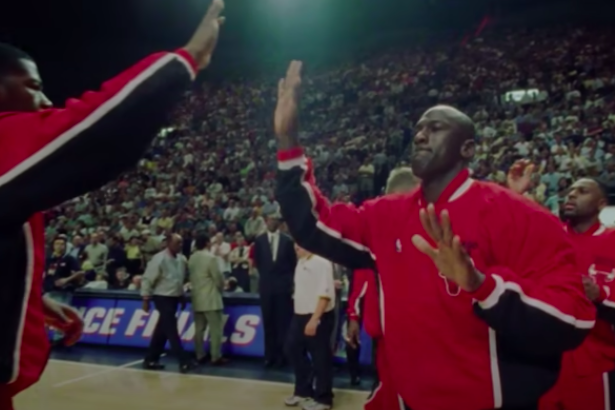 'The Last Dance' aired this spring over the course of five Sundays on ESPN.

With stay-at-home orders being lifted and summer rolling in, many people are looking to get outside and enjoy the warm weather. But just because COVID-19 restrictions are being eased doesn't mean there aren't great movies and shows available to stream on Netflix in July.

Leading the way is ESPN's documentary series "The Last Dance," which tells the story of Michael Jordan and the Chicago Bulls' dynasty through the lens of never-before-seen footage of Jordan's final season in the Windy City in 1997-98. The 10-part documentary was broadcast over the course of five Sundays this spring on ESPN.

Netflix, alongside ESPN, NBA Entertainment, and Mandalay Sports Media, was involved in the production of the critically-acclaimed documentary series. The documentary has already been made available for streaming to Netflix subscribers outside of the U.S.

Other notable titles coming to the streaming platform next month include Ben Affleck's 2010 Oscar-nominated crime thriller "The Town," the 2010 romantic comedy "How Do You Know," the 2016 thriller "Patriots Day," and the 2015 thriller "Heist."

As new content comes to the streaming platform, other titles depart. Some that will be leaving Netflix in July include "Philadelphia," "Solo: A Star Wars Story," "Ferris Bueller's Day Off," and "The Curious Case of Benjamin Button."

Here's a list of all the television shows and movies coming to Netflix in July.

Hunter in the Blue Side of Manchester
Thiago Ventura: POKAS
Warrior Nun (Season 1)

How Do You Know