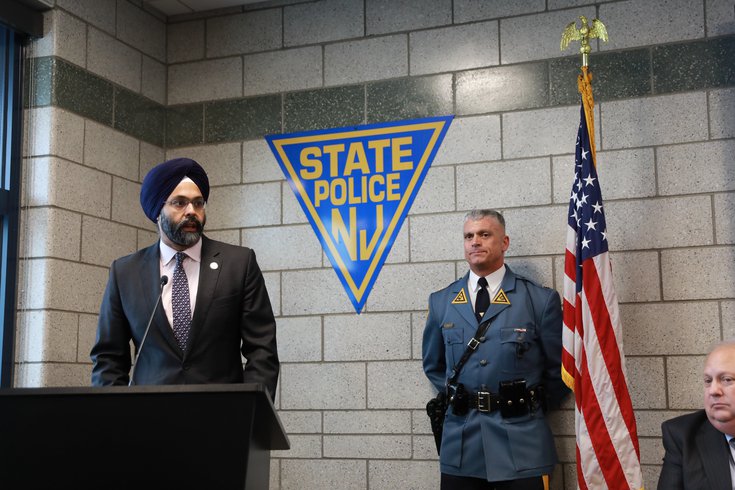 A ruling issued Wednesday says Grewal cannot release the names of disciplined state troopers until the court considers a lawsuit filed by police unions opposing his measures, according to the USA Today Network.

The appeals court said that it will hear oral arguments in the lawsuit in October, meaning the names of disciplined police officers might not be released this year – if at all.

Grewal signed a directive last month requiring all state, county and local law enforcement agencies to publish an annual list of officers who had been fired, demoted or suspended for more than five days due to a disciplinary action. It also ordered each agency to release its first list by the end of the year.

The New Jersey State Police also planned to publish a list of troopers who have committed major disciplinary violations over the last 20 years. That list was expected to be made public Wednesday.

Since 2000, the state police have published an annual report that includes an overview of major disciplinary actions taken against troopers. But the officers' identities have never been made public.

Roughly 430 cases of major discipline – representing 11% of the force – have been taken over that span. Dozens of officers have been terminated or handed suspensions totaling more than 180 days. The identities of disciplined officers typically only have been disclosed to the public if they were facing criminal charges.

Grewal has argued that his directive falls within the powers of his office, saying it would increase accountability and transparency among police.

But his office was sued by a number of the state's most powerful police unions, who slammed it as a way to publicly shame cops. Their lawsuit claims the directive violates prior confidentiality agreements regarding misconduct allegations.

"We have consistently said that we are willing to work with the Attorney General towards a resolution that is fair, just as we always have," NJSPBA President Patrick Colligan said.

"In the absence of partnership that allows us all to root out bad actors without sacrificing individuals who will be unfairly ruined in the rush to secure a soundbite, we will continue to pursue any and all legal remedies. We know that this is an ongoing process, but this ruling is a great first step for our members and for the public at large."

To All Members, I am happy to report that the New Jersey State Lodge of the Fraternal Order of Police, in partnership...

Grewal appealed the ruling to the New Jersey Supreme Court, according to the USA Today Network.

Grewal's directive is among several police reform measures being taken by New Jersey officials. They also are seeking to implement a licensing process for police officers and update the state's use-of-force policy for the first time in two decades.

The reforms come in the wake of the police killing of George Floyd in Minneapolis. Former officer Derek Chauvin has been charged with second-degree murder; three other former cops have been charged with aiding and abetting murder.

Floyd's death has sparked nationwide demonstrations that have brought issues of racial injustice, including police brutality, to the forefront.