The academy, part of Drexel University, will be showing a nearly two hour movie about the unique region and its history 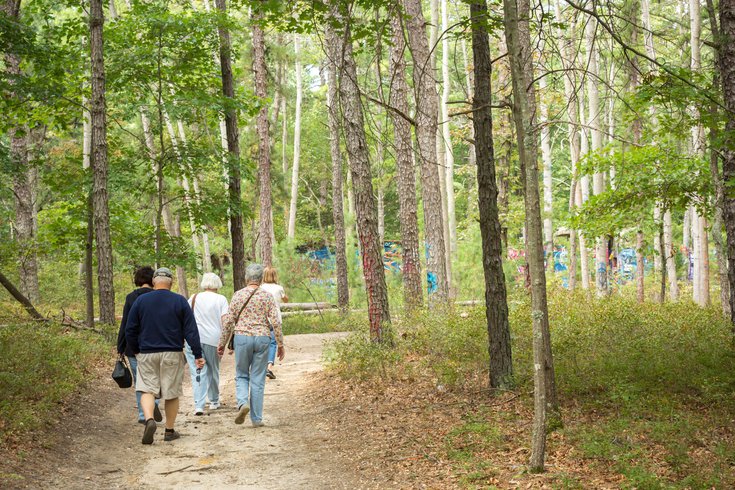 The Pine Barrens Project, which is centered on an experimental film chronicling modern life in the preserved open space that constitutes nearly a quarter of New Jersey, is coming to Drexel University's Academy of Natural Science on Saturday, Feb. 12.

The Pine Barrens have long been a place of intrigue and mystery for many South Jersey residents, but an event coming to Drexel University's Academy of Natural Sciences will shine a light on the region's unique ecology and culture.

Although New Jersey is one of the nation's most populated states, the 1.1 million acres taken up by the Pine Barrens occupy nearly a quarter of its land. It's also the biggest piece of preserved open space between Boston and Richmond, Virginia.

At 5 p.m. on Saturday, Feb. 12, a movie about the forest will be shown as part of the Pine Barrens Project, which came from the mind of Philly-based filmmaker and New Jersey native David Scott Kessler.

"The Pine Barrens" film came out in 2019 and focuses on modern life for the region's residents. On Kessler's website, he says the movie "explores the symbiotic, yet frequently destructive relationship between man and nature in a strange and unlikely wilderness within New Jersey."

Kessler began working on the film in 2012 and periodically screened drafts of the movie before he codified a final version.

Mike Kaczmarczik, the academy's director of adult programming, has already gotten a chance to view the film.

"It's not a documentary, it's not an art piece, it's not a fictional piece," he said. "It draws you in like nothing else I've experienced."

For this screening, the film's score will be played live by the Ruins of Friendship Orchestra, a five-piece named after a ghost town in the Pine Barrens. Friendship was initially settled in 1869 by workers from a 3,000-acre cranberry farm the town was in the center of.

The Pine Barrens remained largely untouched by Euro-American settlers because the area's acidic soil is inhospitable to most agriculture, Kaczmarczik said. But cranberries and blueberries grow well in that kind of dirt, so they became a staple of the area's economy.

The academy is looking to add some additional scientific context about the forest to Kessler's film. "It's really unique for its biological diversity," Kaczmarczik said.

The region is often the northernmost place species from the southern U.S. are found. That includes the northern pine snake, which can grow to be six feet long and are usually seen in southern states like Georgia.

Additionally, Kaczmarczik said the Pine Barrens sit above most of the Kirkwood-Cohansey Aquifer, a huge underground lake containing 17 trillion gallons. It provides drinking water for millions of people.

Tickets for the Pine Barrens Project cost $35 and can be bought on the academy's website. Masks and proof of vaccination will be required at the event.

Although the film will be screened from 5 to 7 p.m. on Feb. 12, the academy will open its doors at 3 p.m. and allow ticket holders to view the rest of the exhibit until 9 p.m.

For those who can't make it, for just $10 the film can be viewed online. It will be available between from Feb. 12-15.