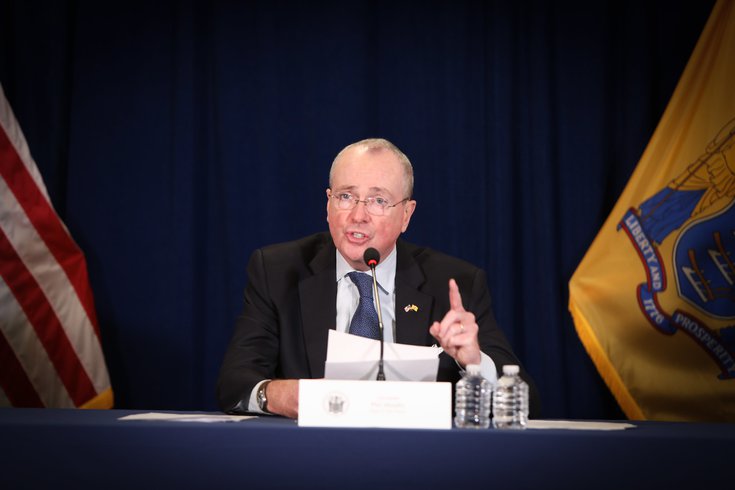 New Jersey Gov. Phil Murphy, above in March, signed a three-month budget that covers the state's expenses until October, the delayed start of the next fiscal year.

The $7.6 billion budget cuts about $1.2 billion in previously-authorized payments and defers another $1.8 billion in spending to help New Jersey meet its most basic financial obligations during the COVID-19 crisis. It does not include any new revenue drivers or raise taxes.

The budget aims to protect services that have been deemed essential to the state’s response to the coronavirus outbreak. It includes a 5% reduction in funding for non-salary operating costs and a 10% cut in discretionary grants. It postpones a 2% wage increase for state workers.

It also delays about $951 million in pension contributions and another $936 million in assistance for public schools, municipalities and NJ Transit.

The budget does not include about $850 million in new spending included in the budget proposal Murphy released in March, just prior to the public health crisis. That funding would have benefitted schools, Pre-K programs and NJ Transit.

Fiscal Year 2021 would have begun Wednesday, but New Jersey extended the current fiscal year through September 30 due to the COVID-19 pandemic.

Murphy said the short-term budget will result in a $956 million surplus, which he called "a cushion for the months ahead." He noted sales tax revenue has begun to increase during the state's reopening process.

However, Murphy warned about the possible erosion of consumer confidence, the potential of taxpayers requesting filing extensions and the historic decline in overall projected revenue.

The state Treasury Department has lowered its revenue projections through the next fiscal year by $10 billion. That includes a loss of $2.8 billion in the current fiscal year.

"The fiscal impacts of the COVID-19 pandemic are as unprecedented as this public health emergency itself," Murphy said. "As we move forward toward the nine-month Fiscal 2021 budget, our choices will have an even bigger impact.

"But make no mistake, we cannot just cut our way forward. We must have the flexibility to borrow essential funds to secure the core services we will rely upon as we emerge from this pandemic, and we need direct assistance from the federal government. Absent those, the tough decisions we have made now will pale in comparison to those which lay just around the corner."