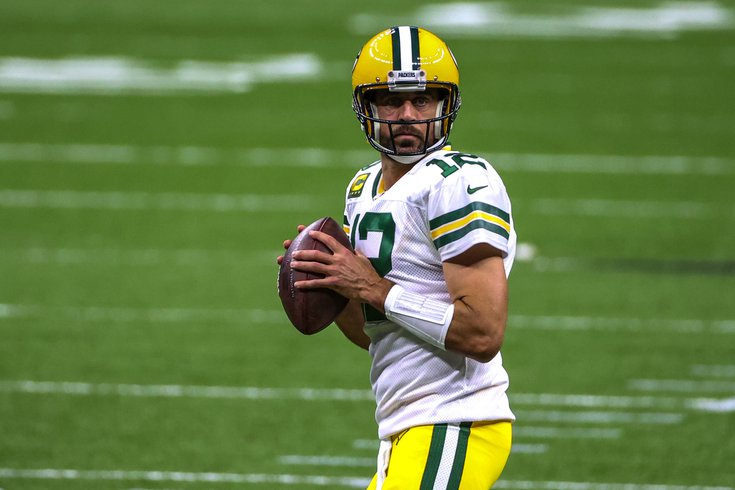 Week 3 is in the books, and as expected, the NFC East is still the worst division in football. We just didn't know that it would be this bad.

There are no obituaries yet, so let's just get right to the hierarchy.

16) Giants (0-3): It sucks that there's no way Dave Gettleman is going to survive whatever the outcome of this Giants season is. I'm going to miss him. However, the loss of Saquon Barkley is going to provide a built-in excuse for Joe Judge to stick around for a second year, so that'll still be fun.

15) Eagles (0-2-1): Before the season began, how many head coach/quarterback duos would you have taken over Doug Pederson and Carson Wentz? For me, that number would have been around 5, or fewer.

Although technically, if the season ended today, the Football Team would win the division on the strength of a their divisional win over Philly, lol.

12) Vikings (0-3): In years past, Eagles fans have had a fascination with comparing players on the roster with other players they felt the team should have drafted instead. Brandon Graham had to hear about Earl Thomas and Jason Pierre-Paul for most of his career, for example, and every time DK Metcalf does something good, somebody bemoans the Eagles' selection of J.J. Arcega-Whiteside.

Could Justin Jefferson be that next guy for Jalen Reagor? Personally, I think Reagor is going to be a good player, but Jefferson already has 12 catches for 245 yards and a TD.

11) Panthers (1-2): There's a good story by ESPN's David Newton about how Rasul Douglas told head coach Matt Rhule last week that he plays better when he's playing for somebody, and he requested that some players stand up and share something about themselves. They did, and Rhule felt that the Panthers played their best game on Sunday, when they picked up their first win.

Wonder how that would go if Rasul were to call the same meeting in Philly.

MORE: Shander: Did we trade an Eagles Super Bowl for every team sucking for years after? | Week 4 NFL betting lines: Point spreads for every game, including Eagles at 49ers

10) Lions (1-2): The Lions won a game (one game), their first since Week 8 of last year, which was against the Giants, by the way, and yet, that is somehow good enough to put them above six other teams in the NFC.

Last year, the Eagles were beneficiaries of playing in the worst division in football. This year it's clear that Dallas is the best team in this trash NFC East. I legitimately feel like 6 wins would get it done. Just lock them into the 4 seed now.

8) Buccaneers (2-1): The Tampa Bay Lightning won the Stanley Cup yesterday, the Tampa Bay Rays have the best record in the American League, and the Tampa Bay Bucs are now 2-1 in what might actually be a bad NFC South. Someone should tell the people of Tampa.

7) Bears (3-0): Sitting in the press box during overtime of the Eagles-Bengals game, after all of the 1:00 p.m. games had concluded and Nick Foles had led his fourth quarter comeback over the Falcons, our sports editor Evan Macy turned to me and said that our "Big Dick Nick" story from about two years ago was the highest trafficked story on the website, lol.

It's funny to me how that legend grows with each new city he plays in.

6) Saints (1-2): A week ago, after the Saints lost to the Raiders, a lot was made of Drew Brees' unwillingness to push the ball down the field. For example:

Drew Brees has averaged 4.82 air yards on his passes so far this season.

On the Saints' first possession on Sunday Night Football, Cris Collinsworth immediately began defending Brees from the criticism, pointing out that the Saints have always run a ball control offense. Perhaps better stated, Brees has never really wanted to throw the ball down the field much.

After Sunday night, Brees' average "intended air yards" this season sits at 4.8. The next closest quarterback to him is Jared Goff, at 6.0. Their offense right now is basically just, "Dump it down to Alvin Kamara, and see if he can make the entire other defense miss."

5) Rams (2-1): The Rams were down 28-3, before roaring back to take a 32-28 lead, that they ultimately couldn't hold. Still, they are going to be 4-1 after wins over the Giants and Football Team the next two weeks and are hanging tight in by far the best division in the NFL.

4) Cardinals (2-1): I think we got a little ahead of ourselves last week, wondering if the Cardinals might be a budding "juggernaut," lol. My bad. Kyler Murray threw three picks to a terrible Lions defense.

3) 49ers (2-1): I can do without all the exclamation points in the following tweet (like, relax, it was the Giants), but a 36-9 result is impressive nevertheless, given this absurd list of injuries:

The Niners should stay afloat while they get healthier the next couple of weeks with home games against the Eagles and Dolphins.

1) Seahawks (3-0): It's going to be hard coming up with different ways to say that Russell Wilson is good each week. We might just have to show his highlight reel from each game. Against Dallas, he had 5 TDs throws, and it really should have been 6.