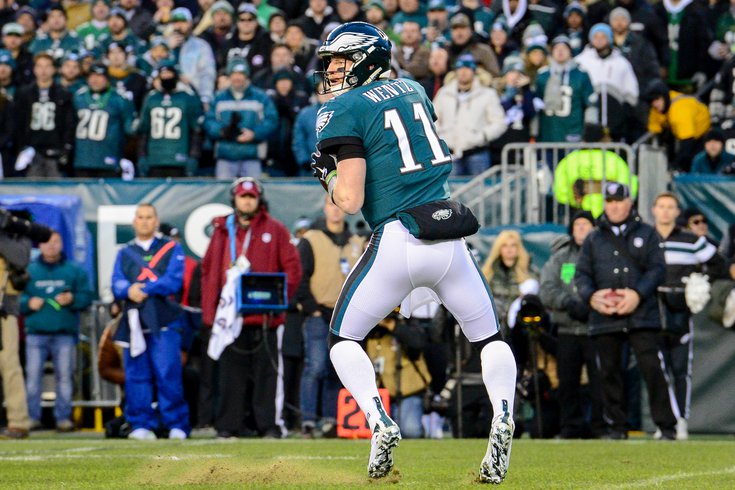 The first round of the 2019 NFL Playoffs is in the books, and in the NFC, the New Orleans Saints and Philadelphia Eagles were both eliminated. Let's just get right to their obituaries.

Saints: Sean Payton and the Saints have a Super Bowl win under their belts, and so they aren't often thought of as underachievers, or perhaps put a little more harshly, choke artists. But maybe they should be? Their Lombardi Trophy is a decade old now, and is beginning to collect dust, while the Saints year after year head into the playoffs as major Super Bowl contenders, often favorites, only to be bounced in a variety of ways.

In the divisional round in 2017, the Saints had a trip to the NFC Conference Championship Game all but wrapped up, and then...

In 2018, they made it to the NFC Championship Game, and were beaten by a "not really that great" Rams team. I mean, we all watched that Super Bowl, right? Of course, Saints fans will blame that loss on a pass interference non-call, which, alright, fine, except that (a) their defense couldn't get a stop at the end of regulation, and (b) they got the ball first in overtime, and couldn't close, at home.

In 2019, the Saints went to OT once again, this time in the wildcard round against the 8-point underdog Vikings, again at home. They did not win the toss this time, and the Vikings scored a TD on their first possession in OT. What'd you do, Sean Payton?

From a local Philadelphia perspective, you know how that Phillies World Championship feels like it was a long time ago? Well, the Saints' Super Bowl win only happened like 14 months more recently than that.

And oh by the way, Drew Brees turns 41 next week.

Eagles: The Eagles scratched and clawed their way into the playoffs, but at no point during the season did they ever look anything close to Super Bowl contenders, even at their highest points of the season. Their three biggest problems in 2019 were as follows (in whatever order you prefer):

Yes, the Eagles have Doug Pederson and Carson Wentz, which is one of the best head coach - quarterback combos in the NFL, and as a result, they have something to build around. However, they have the second-oldest roster in the NFL, and their last three drafts have not produced enough in the way of players that the fan base can be excited about.

Looking ahead, the Eagles have a first-place schedule, a boatload of holes to fill, and there's a risk of many of their best players all beginning their declines at once. They have not done a good job staying atop the NFC after they were very clearly the best team in the conference (and the league, for that matter) in 2017. 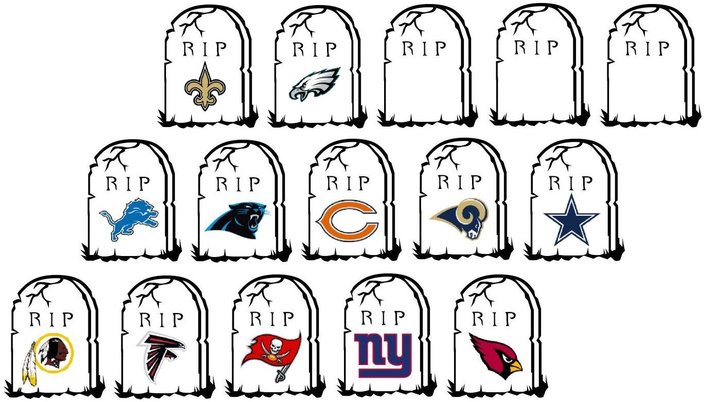 4) Seahawks: A cheap shot knocked out Carson Wentz, and the Seahawks still needed 59 minutes to put the injury-devastated Eagles away. Russell Wilson is awesome, but this roster as a whole is fraudulent.

3) Vikings: I'll forgive this because Kirk Cousins took out the reprehensible Saints.

2) Packers: The Packers closed the season on a very shaky note, nearly losing to the Lions in a game that they badly needed. And yes, the Packers are coming off their bye, but they also got smoked by the Niners 37-8 when they came off their bye during the regular season.

1) 49ers: It's really falling into place nicely for the 49ers, who are coming off their bye, and have the added advantage of facing a Vikings team that has to travel on a short week of rest. If the Niners get past the Vikings, they'll then host either the Packers or Seahawks, a couple of teams with rosters that really aren't all that scary. They picked the right year to become serious contenders.