The NFL's postponement of the Eagles-Washington game is straight bulls*** 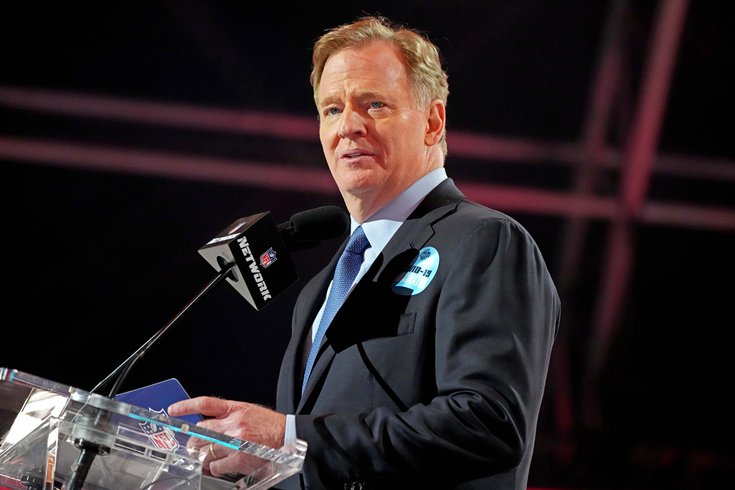 Is Roger Goodell to blame for the NFL's diversity issues?

Back in June, when football reporters were asking players about their various vaccination statuses, Washington Football Team defensive end Montez Sweat revealed his moronic thoughts about COVID and the COVID vaccine.

"I'm not a fan of it," Sweat said of the vaccine, via John Keim ESPN. "I probably won't get vaccinated until I get more facts and that stuff. I'm not a fan of it at all. "I haven't caught COVID yet so I don't see me treating COVID until I actually get COVID."

Unsurprisingly, Sweat contracted COVID, and on December 8, officially landed on Washington's COVID list. He was the first such COVID case on Washington's roster since August, and he remained unvaccinated, as evidenced by his mandated minimum 10-day window for return that is only required for unvaccinated players.

While there's no way of knowing how the virus passed from one player to the next, the fact remains that among the players infected, Sweat was "patient zero."

On Friday, with Washington experiencing a heavy number of players on the COVID list, the NFL postponed the Eagles-Washington game scheduled on Sunday, to Tuesday. The Eagles most assuredly are not happy with the decision, but they released the following milquetoast statement, confirming the postponement.

As a result, the Eagles will now have to play their Week 16 game against the New York Giants on four days rest, an obvious and impromptu disadvantage.

Oh, and you fans who purchased tickets to see the game on Sunday? 🖕

On July 22, the NFL published a document titled "2021 COVID-RELATED OPERATING PRINCIPLES," which stated the following, bold emphasis mine:

• Every club is obligated under the Constitution and Bylaws to have its team ready to play at the scheduled time and place. A failure to do so is deemed conduct detrimental. There is no right to postpone a game. Postponements will only occur if required by government authorities, medical experts, or at the Commissioner’s discretion.

• In light of the substantial roster flexibility in place for the 2021 season, absent medical considerations or government directives, games will not be postponed or rescheduled simply to avoid roster issues caused by injury or illness affecting multiple players, even within a position group.

According to Adam Schefter, the league was "getting pressure" to postpone games.

NFL and NFLPA discussing postponing multiple Week 15 games, per source. As one source said, “the league is getting pressure to move games.”

Of course, with the league spelling out as clearly as possible that "games will not be postponed or rescheduled simply to avoid roster issues caused by injury or illness affecting multiple players, even within a position group," Roger Goodell and the NFL had to find another reason to justify the 180 degree turn from their previously documented position. So what'd they come up with? The Omicron variant!

There's no way to sugarcoat it. Goodell is a coward who didn't stick to his clearly communicated preseason operating principles, and the NFL's decision to postpone games is complete and total bullshit.