Noteworthy NFL date June 1 is almost here: What does it mean for the Eagles? 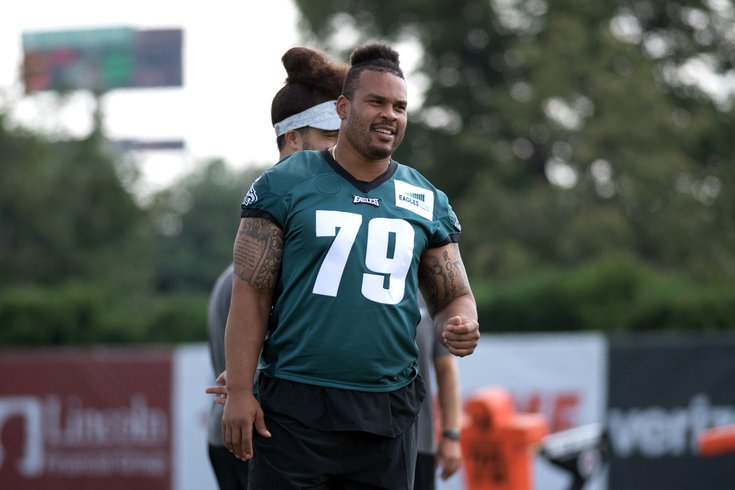 June 1 is a noteworthy date on the NFL calendar, generally speaking, as it typically triggers a number of roster moves around the NFL.

Prior to June 1, if a player is cut or traded, any and all dead money, usually in the form of bonus proration, accelerates into the current year, and counts toward the salary cap in the current year. If a player is cut or released after June 1, any bonus proration in future contract years won't count toward the cap in the form of dead money until the following year.

Are you still here? You haven't closed this article after that last paragraph? Thanks! Here's what it means specifically for the Eagles.

Brandon Brooks will "officially" retire from the NFL

Retirements work in a similar way to releases. Normally, if a player is released, whatever guaranteed salary is left on his deal, and any prorated bonus money that has already been paid out to the player, will remain on the team's salary cap.

If a player retires, he does not get paid his salary (duh) or any roster bonuses, but any prorated bonus money already paid to the player that has not yet counted toward the salary cap will, you know, count toward the salary cap. There have been some occasions in which teams have attempted to recoup signing bonus money after a player unexpectedly retired, but that was never going to happen in Brooks' case, given his laundry list of major injuries and his contributions to the team.

When the Eagles released Fletcher Cox earlier this offseason (before eventually re-signing him), they did so with a June 1 designation. Cox's old contract was extremely complicated. It was difficult to understand and even more difficult to coherently explain. When the Eagles terminated it, I was happy it was gone. Well, it's not gone yet, I guess, because here we are again. Anyway,  you don't want to learn about Cox's old contract anymore and I don't want to teach you. We'll get along just fine. Just know that for June 1 purposes, OverTheCap estimates that the Eagles will gain $3,185,411 on their cap. Again, 🎉🎈🥳.

Trades become more palatable for certain players around the league

Last offseason, the Atlanta Falcons traded Julio Jones to the Tennessee Titans shortly after June 1, because it meant that they could spread out his dead money over 2021 and 2022, instead of the full amount being applied to 2021. We'll see if the passing of the June 1 barrier spurs trade action around the league.

As far as Eagles players on the trade block, there's no benefit to the Eagles if they were to wait until June 1 to trade Andre Dillard or Gardner Minshew. They are both in the final years of their rookie contracts, and their cap hits would be the same before June 1, or after June 1.

Would the extra cap space gained by the Eagles help them make trades for other players around the league?

Yep. For example, earlier this month, we suggested that the Eagles should see what it would cost to trade for Bengals safety Jessie Bates. One of the obstacles to such a deal is that Bates' franchise tag number ($12,911,000) is higher than the Eagles' current cap space ($10,841,232, per the NFLPA's daily report).

Any trade for a player like Bates would likely be accompanied by a contract extension, but before that could be executed, the Eagles would first have to fit him in under their salary cap at his franchise tag number. So, sure, the cap space added from Brooks' retirement and Cox's initial June 1 release would help on that front.

Thank you as always for taking this trip down the nerd hole with me. 🤓