I commend the Philadelphia Board of Ethics for endorsing a proposal to provide public funding for political candidates for city offices. If approved in the City Council, this proposal would mirror the program administered by the New York City Campaign Finance Board (CFB). NYC’s program rewards candidates for receiving small donations from city residents by matching every dollar under $175 given with $6 in public funds. For the last 28 years and counting, this program has helped ensure city officials represent New Yorkers and not special interests. 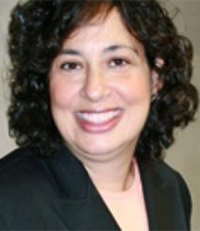 An opinion article in the Oct. 18 Philly Voice, written by Beth Anne Mumford on behalf of Americans for Prosperity, would have you think otherwise. Her critique twisted a quote from a 13-year-old report written by the CFB that offered legislative changes to improve the program. I should know, because I wrote the passage she uses to denigrate the important role the matching funds program plays in New York City’s political process. Mumford does not acknowledge that since that report was written New York City has held three successful elections, amending the campaign finance program each time. This routine process for reviewing and enhancing NYC’s campaign finance law has been one of the strongest touchstones in the program and a critical reason for its success.

Amendments to the program often address new methods that special interest groups use to invest large sums of money in the political process. Among the people that have flooded the political process with billions of dollars in recent years are Charles and David Koch, who founded and funded Mumford’s own group, Americans for Prosperity.

The purpose of New York City’s public matching funds program is to enhance the role of NYC voters in their government, and there is abundant evidence that it is working.

The CFB’s most recent post-election report from 2013 found that half of contributors were making a political donation for the first time, and 76 percent of those first-time contributors gave less than $175. The program was never intended to remove incumbents from office, but to make all elected officials more responsive to their constituents. Our experience is that the matching funds program allows more people, including those who don’t have access to wealthy sources, to run competitive races for office.

But Voice readers shouldn’t take my word for it or Mumford’s. Why not look to the independent Brennan Center for Justice, which said in January of this year that New York City’s program has “helped candidates rely on small contributions and public money,” and “succeeded in attracting small donations from a larger and more diverse group of citizens.”

Amy Loprest is the executive director of the New York City Campaign Finance Board.