For the second year, Eastern State will transform into the seven kingdoms of Westeros

By Sinead Cummings
PhillyVoice Staff
Game Of Thrones Beers
from 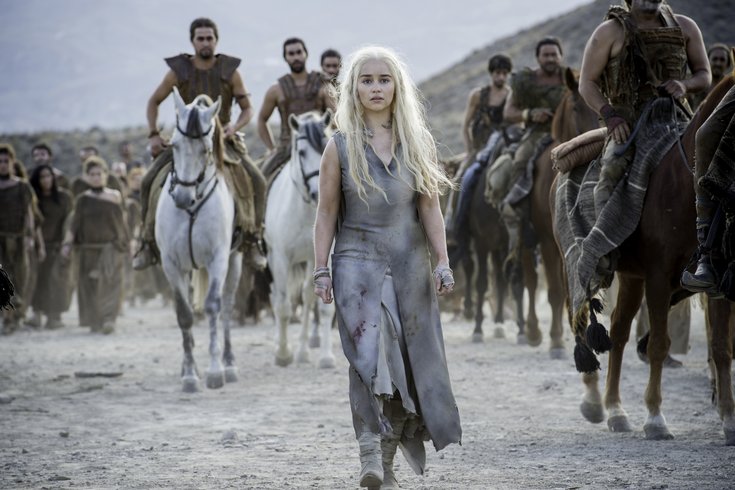 Macall B. Polay/Courtesy of HBO

An image from Season 6, Episode 3.

For the second year, Eastern State Penitentiary will transform into the seven kingdoms of Westeros for the launch of Brewery Ommegang's latest release in its "Game of Thrones" beer series. The event will take place on Wednesday, June 21.

The new brew is Bend the Knee, a golden ale brewed with wildflower honey. It's a hearty 9 percent ABV. Other beers in the series are Iron Throne, Take the Black Stout, Fire and Blood, Valar Morghulis, Three-Eyed Raven and Seven Kingdoms.

At the event, attendees will get to sample all of the "Game of Thrones" beers and snack on appetizers from Di Bruno Bros., while exploring Eastern State's "kingdoms."

Somewhere inside the prison walls will be a replica of the Iron Throne that guests can sit on for a photo op.

Other entertainment includes fire dancers, live music and a DJ dance party. Be on the lookout for "Game of Thrones" characters, too. Last year, a White Walker made an appearance.

Tickets for the beer launch event will go on sale Friday, June 2, at noon. Only those 21-plus will be allowed to attend.

"Space is limited. Take what is yours, with fire and blood!" states Ommegang.

Season 7 of "Game of Thrones" will begin on Sunday, July 16.