The Owlet and Baby Vida monitors perform poorly when tested 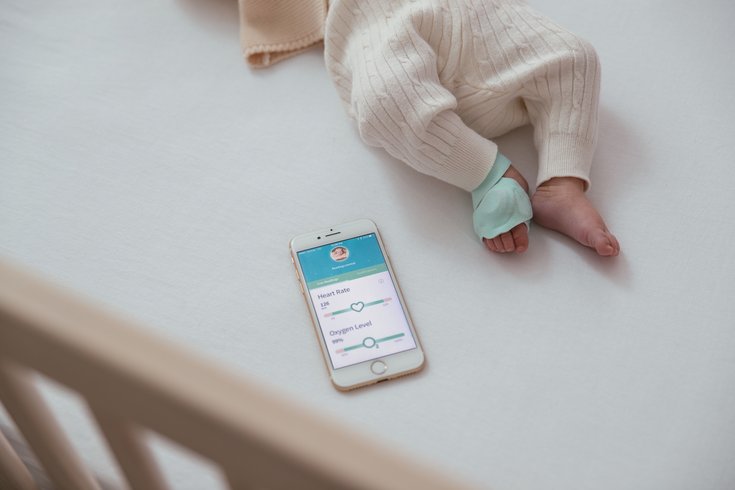 The Owlet Smart Sock2 is designed to measure the oxygen levels and heartbeats of infants while they sleep.

The Owlet Smart Sock 2 and the Baby Vida – both smartphone-integrated baby monitors – measure an infant's oxygen levels and heartbeat. When measurements stray from the baby's baseline, they send an alert to the parent's mobile phone.

But CHOP researchers found the monitors are not very accurate.

"If something is going wrong with a sick infant, you would want to know that 100 percent of the time," said Dr. Chris Bonafide, the lead researcher.

Though both monitors are commercially available, neither is regulated by the U.S. Food and Drug Administration.

For the study, researchers examined 30 infants hospitalized in CHOP's cardiology and general pediatrics units between July and December 2017. Each baby wore an FDA-approved reference monitor on one foot and a consumer monitor on its other foot.

The Baby Vida was tested on 14 infants who experienced hypoxia – low oxygen levels – according to the reference monitor. But it failed to detect any of those cases. It also incorrectly displayed a slow pulse rate in 14 infants who had normal pulse rates.

Researchers found the Owlet detected hypoxia at an 88.8 percent sensitivity level. Like the reference monitor, it identified 12 hypoxia in 12 patients. But it also erroneously indicated that five of them had normal oxygen levels at least once during hypoxia.

Owlet disputed the study's findings, claiming the study tested the monitor in a way that it is not designed to be used. The company noted the study used high-risk, hospitalized infants and tested the reference and test devices on opposite feet.

"The accuracy and performance of the Owlet Smart Sock is something that we take very seriously," Owlet co-founder Kurt Workman said in a statement. "It is important to note that our product is designed for in-home use, with healthy babies while they sleep, to provide parents with information about their child's wellbeing."

Workman also noted that the CHOP study did not use arterial blood as measurements to test its accuracy. Using that parameter, The Owlet previously performed within industry standards in tests conducted by the company.

Baby Vida officials could not be reached for comment.

The American Academy of Pediatrics recommends against using smartphone-integrated baby monitors because there is no evidence that they reduce the risk of sudden infant death syndrome, also known as SIDS.

Last year, Bonafide argued that such devices provide no evidence of medical benefit to parents – and may cause undue anxiety – in an opinion piece published by the Journal of the American Medical Association.

The latest study, funded by CHOP, was published Monday in JAMA.