Pennsylvania elections official have until May 26 to order ballots be reexamined if the two top Republican candidates remain within 0.5% of each other 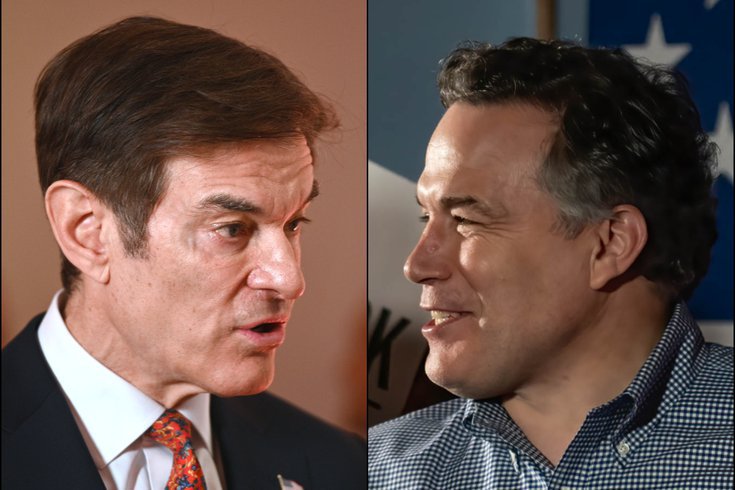 As the dust settles from Tuesday's Republican primary for U.S. Senate in Pennsylvania, candidates Mehmet Oz and Dave McCormick remain locked in a tight battle that was still too close to call Wednesday. The remaining mail-in ballots continue to be counted and the race appears likely to trigger an automatic recount based on Pennsylvania election law.

By late Wednesday afternoon, Oz led McCormick by 0.2% – a margin of fewer than 2,000 votes, according to the Associated Press, which reported 96.7% of votes had been counted as of 5 p.m. The initial count could continue for several days before it is completed. An automatic recount is required if the top two vote getters finish within 0.5% in a race for statewide office in Pennsylvania.

But first, all the ballots need to counted.

In Allegheny County, considered a stronghold for McCormick, 33 precincts out of 1,323 still had not reported results by Wednesday.

"There will be no more updates until after the Return Board convenes on Friday, May 20, at 9 a.m.," reads a note posted on the website the Allegheny County Board of Elections used to display election results.

And in Lancaster County, officials have said a printing error resulted in delays for the count of about 22,000 mail-in ballots. Those ballots will have to be set aside, remarked and scanned. That process was expected to begin Wednesday.

With all signs currently pointing to a recount to determine a winner, it may take until the second week of June to determine who will be the Republican candidate for U.S. Senate in what will be one of the most watched races in the country in November.

Pennsylvania's secretary of state must order a recount by the second Thursday after the election — in this case, by 5 p.m. on May 26. The candidates must be given 24 hours notice of the recount. If the margin separating Oz and McCormick remains 0.5% or less, the only way a recount will not happen is if the second-place candidate declines it.

From there, a recount must be scheduled to occur by June 1, the third Wednesday after the election. The recount would need to be finished by noon the following Tuesday, June 7. All counties would then have until noon on Wednesday, June 8, to submit results to be published by the secretary of state.

Oz, a retired surgeon and TV personality, made a late push to overtake McCormick by Wednesday morning. Former President Donald Trump, who endorsed Oz in the race, claimed Wednesday that Oz had won. Oz and McCormick, the former hedge-fund CEO, acknowledged hours after Tuesday's polls closed that a resolution was not imminent.

On Trump's social media site, Truth Social, the former president referenced the impact on the primary made by conservative commentator Kathy Barnette, who had totaled about 24.7% of votes by Wednesday afternoon, putting her in third place.

"The Club For Growth Candidate (Kathy Barnette), who lost, took many votes away from Oz," Trump claimed. "Also, early Mail-In Ballots were sent without my having endorsed yet. Despite all of this, Oz won!"

Trump also disparaged Pennsylvania, a state that became a fixation for him during his false claims of election fraud in the 2020 presidential election.

"Here we go again! In Pennsylvania they are unable to count the Mail-in Ballots," Trump said. "It is a BIG MESS. Our Country should go to paper ballots, with same day voting. Just done in France, zero problems. Get Smart America!"

Later Wednesday, Trump said Oz should declare victory in advance of any recount, even though the initial vote count hasn't yet concluded, the New York Post reported.

"It makes it much harder for them to cheat with ballots that they 'just happened to find,'" Trump said.

The battle for the seat being vacated by Sen. Pat Toomey could have major ramifications on the balance of power in the Senate.

A total of 35 U.S. Senate seats are up for grabs in November. Among them, 15 seats are held by Republicans and 13 are occupied by Democrats running for reelection, in addition to the seats with open races.