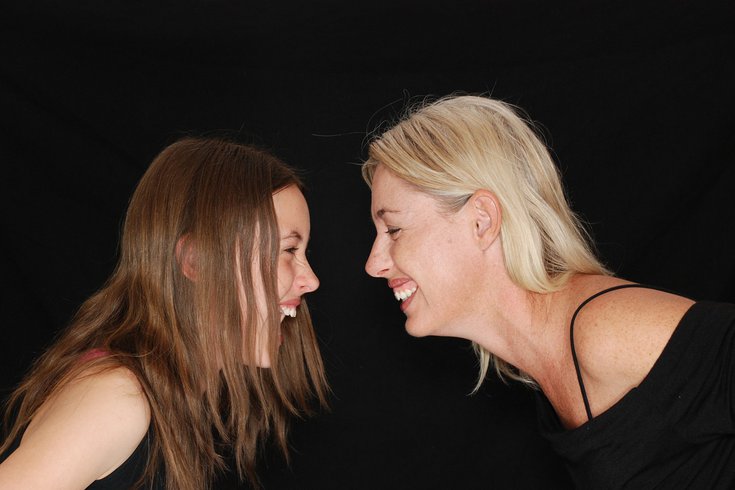 A team of CHOP researchers developed an eight-page booklet to encourage more open communication between parents and teens, an important contributor to a teen's health and wellbeing.

The teenage years can be a rocky time between parents and their children, especially in the area of communication. But discussing mutual strengths may be a way for them to feel more connected.

A study conducted by the Children's Hospital of Philadelphia found that teens reported feeling less stress and more happiness when their pediatrician offered communication guidance to parents and their teens.

When parents talk to their teenagers about their strengths, it helps the children recognize their capabilities and better manage the ups and downs of life, said CHOP psychologist Victoria A. Miller, one of the study's authors.

"Given the evidence that parents have a significant influence on their children during adolescence, supporting healthy parent-adolescent relationships should be a critical part of adolescent preventive care," Miller said.

• Adolescence is a time of change and opportunity, and parents matter now more than ever.

• Teens need to remain connected to parents and at the same time develop a separate identity.

• Parents need to recognize and talk with teens about their strengths.

The study included 120 pairs of parents and teenagers between ages 13-15. Some of them were randomly assigned to receive the booklet and discussion instructions during a well visit with their pediatrician. The others were placed into a control group and did not receive the materials.

They were encouraged to discuss their lists using prompts like, "Give examples of the ways in which your parent demonstrates the strengths you chose" or "Did your parent choose strengths that you didn't expect? Do you now see that strength in yourself?"

"We wanted to make the discussion as natural as possible while still giving guidelines," Miller said. "Open communication between parent and teen is critical and can affect the teen's health outcomes later on in life."

The instructions for the activity were given by the pediatrician because people tend to trust their advice, Miller said.

All parents and teens were asked to take a survey before the well visit and again two months later.

The intervention didn't impact the teen's overall wellbeing, researchers found. It also didn't affect the extent to which teens reported trouble communicating with their parent or parental beliefs about teens being moody.

The parents in the control group reported a slight increase in wellbeing compared to the parents who received the intervention. This might be the result of the booklet and discussion raising the concerns of some parents regarding their relationship with their teen, researchers suggested.

Miller said the study was a good first step toward identifying interventions that can be presented in a pediatric primary care setting to help improve teens' health and wellbeing.

The study was conducted by CHOP's Center for Parent and Teen Communication and published in The Journal of Pediatrics.