The show is available for purchase beginning Thursday, which coincides with the date of the group's first concert 30 years ago 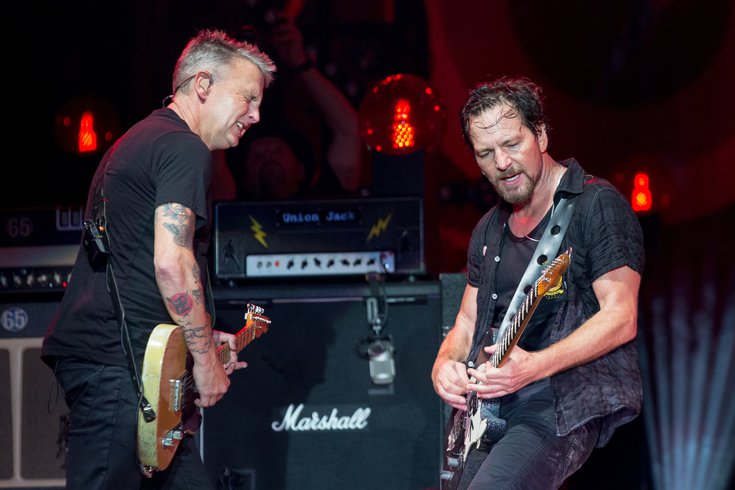 Peal Jam is streaming a taping of their celebrated Philadelphia concert at the Wells Fargo Center in 2016 from Thursday, Oct. 22 to celebrate the 30th anniversary of the band's first show in 1990.

Pearl Jam is celebrating the rock band's anniversary of their first concert by offering fans the chance to stream video of a beloved Philadelphia show on Thursday.

The Eddie Vedder-fronted grunge group will share the recording of their April 2016 performance at the Wells Fargo Center to commemorate the 30th anniversary of their first show, which took place on Oct. 22, 1990 in Seattle.

The concert's name also references Pearl Jam's 1991 debut album "Ten," which they played start to finish during the more than three hour-long set in Philly. The band only performed this feat one other time during its musical career.

Fans of the band's "Ten" concert can relive that show from Thursday to Sunday at midnight. The 32-song set will be available for purchase to streaming on nugs.tv for $14.99. On Twitter earlier this month, Vedder remarked on the Philadelphia crowd's energy during the concert.

Ahead of the stream, Pearl Jam released a new video from their performance of track "Why Go" at the 2016 Philly show. Those who wish to purchase a ticket to watch the full concert stream can do so here.

Pearl Jam's 30th anniversary and the release of the 2016 Wells Fargo Center concert comes amid Pearl Jam's campaign to encourage people to vote in the 2020 presidential election. The campaign "PJ Votes 2020" includes partnerships with voter groups  in the battleground state of Pennsylvania.

Guitarist Stone Gossard of Pearl Jam told the Inquirer that choosing the Philadelphia performance as a focal point is meant to draw more attention to their "PJ Votes" initiative.

"The idea was to get people registered and highlight issues that would help our fans participate in the election."