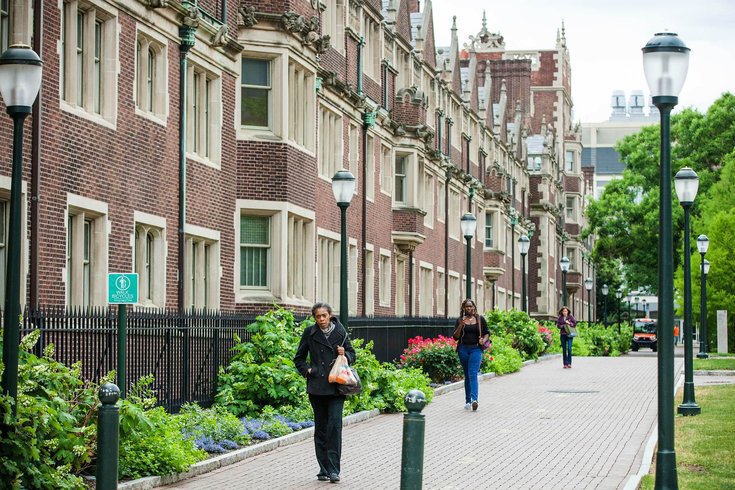 The University of Pennsylvania is a defendant in a federal antitrust lawsuit alleging the the Ivy League school in Philadelphia illegally colluded with other universities to determine financial-aid awards for students.

The University of Pennsylvania is a defendant, along with 15 other top-tier schools, in a federal lawsuit claiming the colleges colluded to determine financial-aid awards for students, violating guidelines that prohibit consideration of an applicant's ability to pay when making admissions decisions.

The lawsuit was filed Sunday in Illinois federal court by five former students who attended some of the schools in the case. The students claim that the universities engaged in anticompetitive behavior by weighing in prospective students' abilities to pay when creating a shared framework for awarding financial aid packages.

Congress passed legislation in 1994 that permits universities to collaborate on standards for assessing financial-aid packages as long as these guidelines for admissions are "need-blind" and universities do not discuss the awards for individual students. The law was intended to help schools avoid bidding wars for low-income applicants while discouraging them from favoring wealthy applicants who would not require high-cost scholarships.

The law paved the way for the creation of an organization called the 568 Presidents Group, a reference to the section of the America's Schools Act that exempts universities from antitrust laws if they use a need-blind model for admissions. The group of 28 universities meets a few times each year to discuss financial-aid calculations.

Some of the colleges are accused of giving admissions preference to wealthier applicants, particularly the children of wealthy donors. Some universities also allegedly considered the financial situations of wait-listed applicants when making final decisions or filling places in competitive academic programs.

"Under a true need-blind admissions system, all students would be admitted without regard to the financial circumstances of the student or student's family," the plaintiffs wrote in the complaint. "Far from following this practice, at least nine Defendants for many years have favored wealthy applicants in the admissions process."

The Wall Street Journal reported that as many as 170,000 former undergraduate students, who received partial financial aid at the schools in the lawsuit, could be eligible to join on as plaintiffs. The student would need to have attended the universities within the last 18 years.

"While conspiring together on a method for awarding financial aid, which raises net tuition prices, defendants also consider the wealth of applicants and their families in making admissions decisions,” attorney Eric Rosen told The Wall Street journal. Rosen's firm, Roche Freedman, was involved in the lawsuit that uncovered the Varsity Blues college admissions-cheating investigation in 2019.

On Monday, a spokesperson for Penn said the university does not comment on pending litigation.

In a statement to Newsweek, a Yale spokesperson said that university's financial-aid policies are "100% compliant with all applicable laws."

The lawsuit, which seeks damages and a permanent end to collaboration on financial-aid calculations, comes as the U.S. Supreme Court nears decisions on two cases regarding affirmative action at Harvard University and the University of North Carolina at Chapel Hill.