Shawn Reilly, 56, had been in the water near 12th Street with his 21-year-old son 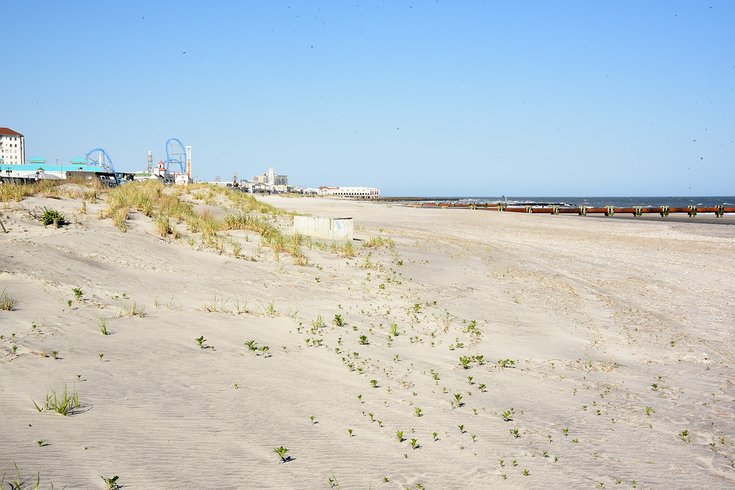 Shawn Reilly, 56, of Thornhurst, Pennsylvania, drowned Thursday afternoon in Ocean City, New Jersey. Lifeguards pulled Reilly and his 21-year-old son, who survived, from the water at an unprotected beach near 12th Street.

A Lackawanna County man died Thursday in Ocean City after he and his son were pulled from the ocean along a beach near 12th Street, officials said. There were no lifeguards working at the beach.

Shawn Reilly, 56, of Thornhurst, was swimming with his 21-year-old son when the two men began to struggle in the water around 12:20 p.m. Reilly's son attempted to help his father to safety, but also ended up in distress, investigators said.

After Labor Day, fewer beaches are guarded by the Ocean City Beach Patrol. According to information on the OCBP website, the beach at 12th Street is only staffed by lifeguards on the weekend.

On Thursday, the beach patrol's water-rescue response team was alerted about the swimmers in distress, and three lifeguards were dispatched. The brought the two men to the beach, but the father was unresponsive. The lifeguards and Ocean City Beach Patrol medics performed CPR and later transported Reilly to Shore Medical Center, where he died.

Reilly's death is one of more than a dozen drownings that have occurred at the Jersey Shore this year, many of them attributed to rip currents or swimmers venturing out on unguarded beaches.

Authorities advise swimmers only to swim in areas where lifeguards are present. The OCPB publishes information about which beaches will have lifeguards on its website.