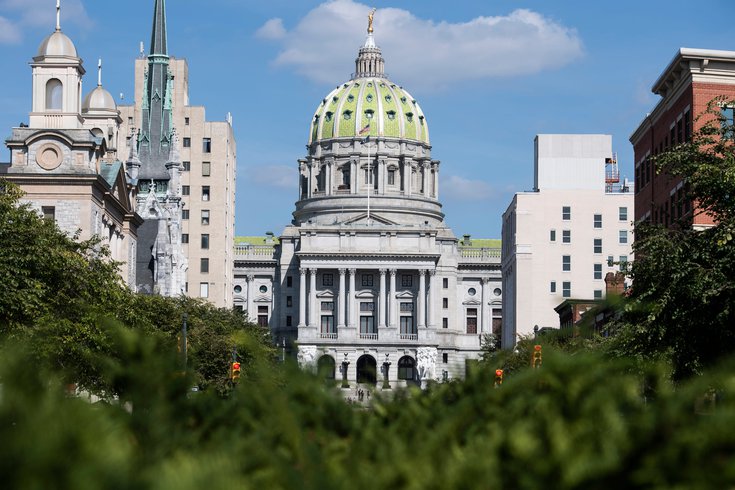 Many Pennsylvania schools aren't able to provide the level of education required by the state constitution because they are inadequately funded.

That's the argument Attorney General Josh Shapiro, the Democratic nominee for governor, made in an amicus brief filed Monday in support of a lawsuit seeking to overhaul the state's public school funding system. An amicus brief is a court document submitted by a person who has a strong interest in a legal case, but is not a party in it.

The lawsuit, filed by several Pennsylvania school districts, alleges an unfair burden has been placed on students from low-income school districts, leading to disparities in educational outcomes, because the state has failed to adequately and equitably fund its public school system.

A months-long trial held in Commonwealth Court wrapped up in March. The plaintiffs and defense have since filed briefs detailing their positions and other legal issues prior to an oral argument scheduled for July 26. A court decision is expected several months after that.

In his amicus brief, Shapiro argued that the state legislature has not fulfilled its "constitutional obligations" to provide an adequate education for all students, regardless of their socioeconomic status. That violates the Education Clause in the Pennsylvania Constitution, which requires the General Assembly to provide a "thorough and efficient" public education system, he argued.

"Every child in our commonwealth should have access to a high-quality education and safe learning environment regardless of their zip code," Shapiro said in a statement. "Many Pennsylvania schools are not able to provide the level of education required by the Constitution — not for lack of trying, but for lack of funding."

The plaintiffs, which include the William Penn School District in Delaware County, claim inadequate funding has resulted in a tiered public education system divided by the wealth of school districts, which are partly funded by local property taxes. In many cases, local districts are left to take up the burden of additional funding.

Shapiro argued in his brief that educational outcomes also must be considered when determining whether the public school system is properly funded, saying the court must examine the "resources going in and the results coming out" of public schools.

The Republican legislative leaders defending the state have argued that Pennsylvania already spends more than other states on its public education system, and that the decision of how much money to allocate belongs to the state legislature, not the court.

State Sen. Doug Mastriano, the Republican nominee for governor, has echoed that argument. In an op-ed written in January, he noted that Pennsylvania spends about $19,000 per student – more than the $15,000 national average – and that state education funding has risen by 28.8% since 2012, accounting for inflation.

A school choice proponent, Mastriano has pushed for bolstering tax credits that fund scholarships that allow eligible parents to choose where they send their children to school. He also has sought to establish school choice opportunities for exceptional students and those of active-duty military families.

"Pennsylvania's taxpayers are not dumb," Mastriano wrote in the op-ed. "They know that public schools receive more tax dollars than ever and that pouring even more into a broken system won't help children or improve academic performance. Let's change the system and give parents that power to choose their children's education."

Shapiro argued that many districts, like the School District of Philadelphia, are unable to hire adequate numbers of support staff, school counselors and social workers despite serving areas with a disproportionate need for these services.

The School District of Philadelphia is not among the plaintiffs, but several officials testified during the trial, including Superintendent William Hite.

In his extended testimony, Hite outlined the district's need for additional financial resources to address staffing shortages, facility maintenance and student performance gaps. The district serves 200,000 students in district-run public and charter schools. About 65% of the students are labeled as "economically disadvantaged."

Hite argued that schools with adequate resources are able to achieve proficiency in state exams at higher levels compared to other schools.

Though Shapiro is the highest-ranking state official to publicly support the plaintiffs, he was not the only supporter to file an amicus brief. Five constitutional law professors filed a joint brief arguing that Pennsylvania's school funding system likely violates the right to equal protection for students in low-income school districts.

The fair funding lawsuit was initially rejected by Commonwealth Court after petitioners brought the suit in 2014, ruling that the claims were a legislative matter. However, the state Supreme Court overturned that ruling in 2017, and allowed the case to proceed to trial.