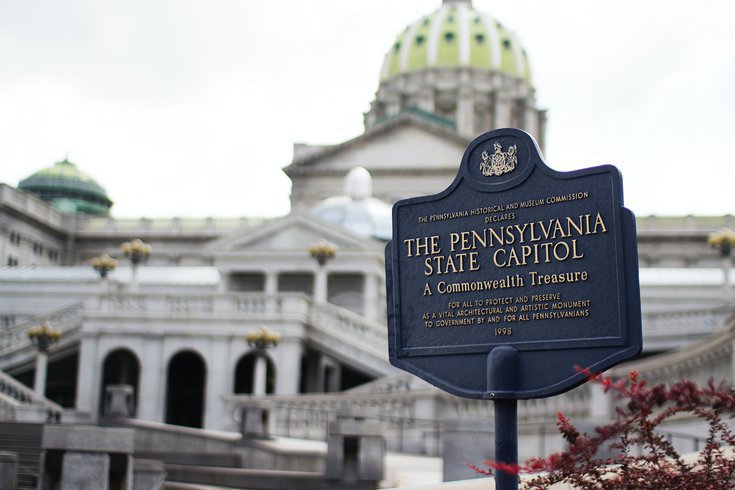 Incumbent Allegheny County Democrat Jim Brewster was sworn into the Pennsylvania Senate on Wednesday, Jan. 13, a week after a partisan power struggle prevented him from being seated.

Pennsylvania Sen. Jim Brewster was sworn into the General Assembly on Wednesday after a federal judge affirmed his narrow victory, dismissing a legal challenge from his Republican opponent.

State lawmakers were swept up in a partisan fight last week as 24 winners in the November election were sworn into office.

Brewster, a Democratic incumbent representing the 45th District in Allegheny and Westmoreland counties, was barred from taking his seat as Senate Republicans maneuvered to table the results, pending the outcome of an appeal from GOP challenger Nicole Ziccarelli.

Brewster won the election by a margin of just 69 votes, prompting Ziccarelli to challenge the validity of 31l mail-in ballots that lacked a handwritten date as required by Act 77, the state's voting reform law that vastly expanded the use of mail ballots at the end of 2019.

Had all of the ballots in question been disqualified, Ziccarelli would have won the election by 24 votes.

Both Allegheny County and the state Supreme Court previously had ruled that the ballots should be counted despite the language of the law requiring that voters must "fill out, date and sign" a declaration on the outer envelope of their mail-in ballots.

When ballots are submitted through the mail, they are post-marked and time-stamped upon their arrival at county election offices.

Prior to the election, Gov. Tom Wolf's administration had counseled counties not to count such votes, according to the Associated Press.

But the state Supreme Court ruled, 4-3, against Ziccarelli's challenge, swung by a vote from Democrat David Wecht. The ruling found that the ballots should count in this election, but noted that this type of voter error may be disqualified in future elections.

U.S. District Judge J. Nicholas Ranjan upheld the state Supreme Court ruling, arguing that the handwritten date requirement may not have been clear to voters under a new law that lacked clear language or precedent.

Democrats had expected the outcome would land in Brewster's favor.

As shouting matches filled the chamber, Republicans maintained they they held the power as the majority party to determine when and whether Brewster could be sworn in.

Ziccarelli has dropped any further plans to challenge the election result. Corman, in a statement, said he planned to swear in Brewster on Wednesday. He repeated that Republicans believe the results of the contest were prematurely certified.

Democrats likened the Republican tactics to a "takeover" of the government and said it mirrored national efforts to challenge the result of the presidential election. Corman dismissed that comparison.

"In this case, there was no dispute of facts. There were no allegations of fraud," Corman said. "Instead, we had voters in Allegheny and Westmoreland counties who made the same mistake on their mail-in ballots being treated differently."

Republicans will maintain control of the state Senate with 28 of 50 seats.

Brewster released a statement after being sworn in, making no mention of the political fight that delayed his seating.

"It is an honor and privilege to serve the citizens in the 38 communities that are a part of the 45th District," Brewster said. "I will continue to pursue a broad agenda that is focused on families."