Pennsylvania's stay-at-home order extended through May 8 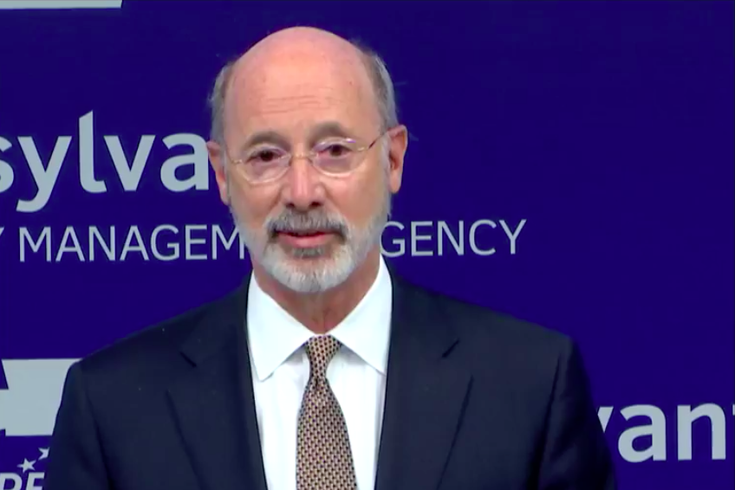 Pennsylvania's stay-at-home order has been extended through May 8, Gov. Tom Wolf announces.

New COVID-19 cases in Pennsylvania have stabilized, but the statewide stay-at-home order will remain in place through May 8, Gov. Tom Wolf announced Monday afternoon.

At that point, state officials hope to begin relaxing restrictions by using a gradual – and regional – approach. That means the areas hit hardest by the coronavirus, like Philadelphia, could remain under a stay-at-home order beyond May 8.

"We're going to go as fast as we reasonably can," Wolf said. "We're going to take the same measured approach to reopening as we took to closing. ... If we open in a rural area, that does not mean we're opening the stay-at-home orders in places like Philadelphia."

Despite the extension, Wolf emphasized that some loosened restrictions are on their way. Curbside pickup is now available at 176 state liquor sales – a move that will help state officials determine whether curbside pickup can be expanded safely to other businesses currently closed by the pandemic.

The number of businesses permitted to use online notary services is expanding, paving the way for online car sales. Plus, some limited construction will be permitted beginning May 8. Wolf called these measures the first "small steps" toward a return to normalcy.

The announcement came as protesters outside the state Capitol called for an end to the shutdown. Hundreds of people gathered side-by-side to voice their demands, ignoring social distancing guidelines advised by public health officials.

“Jesus is my vaccine” is one of the more colorful messages here. pic.twitter.com/vw5qolIlHC

The so-called "ReOpen PA" protest followed similar demonstrations held in several other states over the weekend. Many of these protests, which pushed medical misinformation, reportedly were backed by a far-right, pro-gun group.

"Even though I understand people's right to express their views and First Amendment protection, you don't have a right get infected or be infected, and then go to a place where you're going to infect others," Kenney said. "I just wish people wouldn't do that. I understand the concern. It's very stressful. But doing that activity without social distancing is very dangerous and very reckless."

Wolf defended his decisions and encouraged the protesters to stay safe while they expressed their opinions.

"Like anybody else, if I could snap my fingers or wave a magic wand and get to a place where we're back to where we were in January, I'd do it in a heartbeat," Wolf said. "The question we all have to face is: what's the reality if we go too quickly? This could be unsafe for people."

The White House issued guidelines last week advising states to refrain from implementing a phased reopening until robust diagnostic testing is in place and daily COVID-19 cases are trending downward for at least 14 days.

"We have seen a flattening of the rate of increase," Wolf said. "It's too early to declare victory, but we're making progress."

Additionally, limitations on public gatherings and visitation policies will remain in place for the foreseeable future. Many of the measures currently in place at retail outlets – like occupancy limits and specific shopping hours for vulnerable populations – may remain in place, too.

"If we are making this decision based on evidence and we see evidence that says we were moving too fast in this area or this business sector, we can retreat," Wolf said. "The goal is to keep Pennsylvanians safe, but we also want to give ourselves hope and we want to start this process back as quickly as we can."