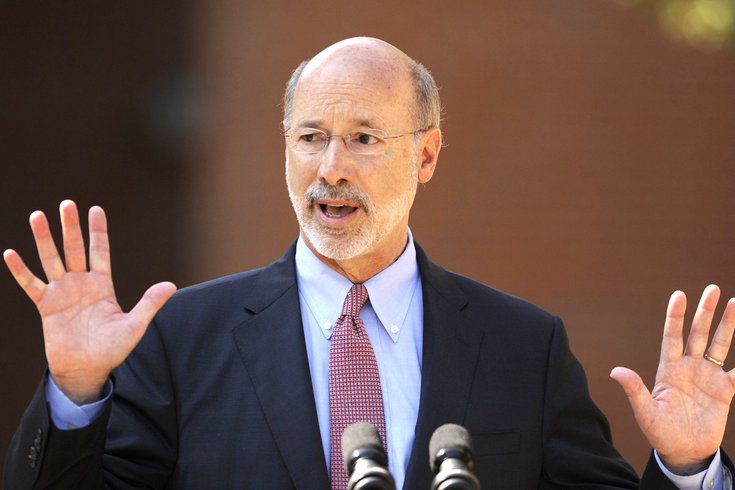 Brian Edward Rafferty, 61, was arraigned Monday on misdemeanor charges of terroristic threats and harassment. The threats were a result of Rafferty's frustration with the state unemployment office.

Rafferty was having trouble connecting to the Department of Labor & Industry office, which is responsible for taking calls related to unemployment claims, police said.

When he was unable to get through, Rafferty called the governor's office and allegedly berated the person who answered the phone.

“I live right down the street from the governor’s daughter and granddaughter and they’re dead, you hear me. They’re dead,” Rafferty allegedly said, according to LehighValleyLive.

Similar death threats were made against the governor, investigators said.

Rafferty was interviewed by state police at the barracks in Bensalem and he allegedly admitted to placing the threatening phone call.

Pennsylvania's unemployment system is confronted with unprecedented backlogs and staffing shortages as a result of job losses due to the coronavirus pandemic. More than 1.6 million Pennsylvania residents are out of work as a result of restrictions implemented on businesses to control the spread of COVID-19.

Rafferty remains held at the Bucks County Correctional Facility in lieu of 10% of $200,000 bail.