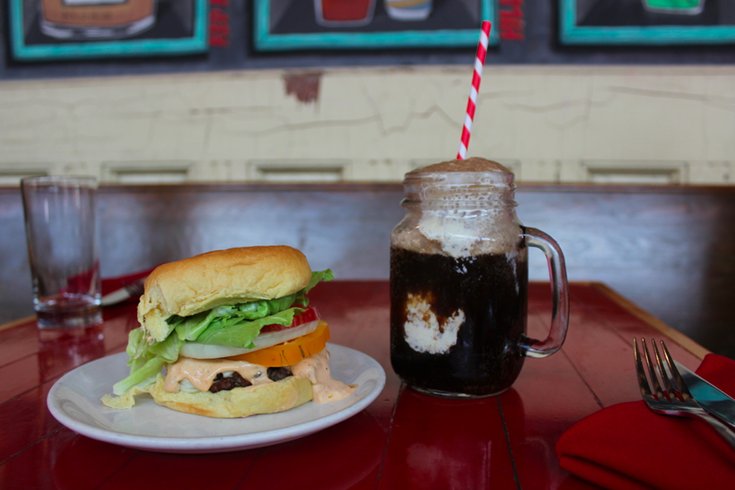 National Root Beer Float Day is Thursday, August 6, and like any good restaurant would do, Percy Street Barbecue has prepared a celebration for the faux holiday. They'll be serving up their signature float for half the price, at $3 instead of $6.

Served in a cute mason jar glass, the float is made with homemade vanilla ice cream and Yards Brewing Company's small batch root beer. They'll also be bringing back their beloved Brisket Burger for just one day. The quarter-pound burger, which uses 100 percent Creekstone Farms Brisket, is just $5 a piece.

Adults can make their floats more ahem, adult, by spiking it with Art in the Age's root liqueur or make it with Anderson Valley Barney Flats Oatmeal Stout instead. "Because, after all," as the restaurant said in its announcement: "It’s not really a holiday."