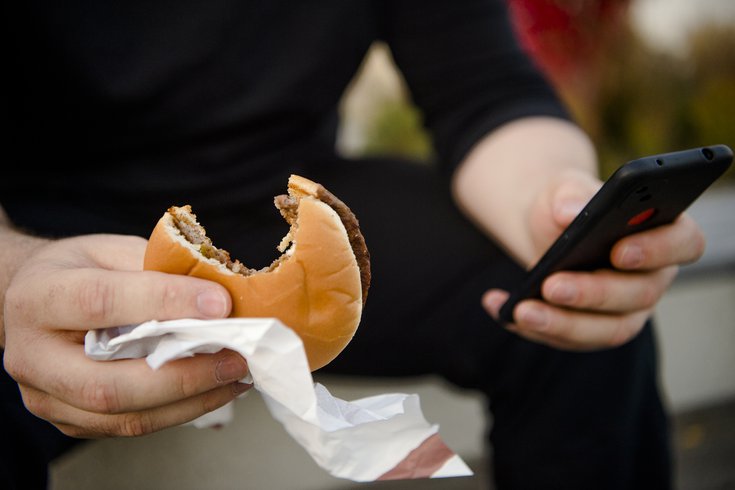 A new study from Consumer Reports found that PFAS or forever chemicals can be found in the packaging at McDonald's, Cava and Whole Foods.

If you recently ate at a fast food chain like McDonald's, Chick-fil-A or Taco Bell, you may have come into contact with a dangerous carcinogenic chemical.

A new study done by Consumer Reports released on Thursday discovered that per- and polyfluoroalkyl substances – more commonly known as "PFAS" or "forever chemicals" – can be found inside the packaging at several fast food and grocery chains.

PFAS are manufactured by fusing the elements carbon and fluorine together and are added to a wide array of products to make them resistant to heat, water, oil and corrosion. Those include non-stick pans, waterproof outerwear and take-out packaging that needs to be grease-resistant.

The chemicals have been linked to immune system disorders, low birth weights, several types of cancer and other health risks.

There are more than 9,000 known types of forever chemicals, but most testing methods can only identify a few dozen. This is why the report's authors tested for organic fluorine content, which is considered the simplest way to assess a material's PFAS content.

The study found that eight chains – Arby’s, Burger King, Chick-fil-A, Cava, McDonald’s, Nathan’s Famous, Sweetgreen and Taco Bell – have at least one type of packaging with an organic fluorine content of more than 100 parts per million.

The chemicals in the packaging are known to leech into the food inside. One study found that this is especially true with salty, acidic and fatty foods.

Other more health-centric chains, like Panera Bread and Freshii, also had the chemicals in some of their packaging in smaller quantities. But the study wasn't just limited to fast food. It found that Whole Foods, Trader Joes, Hannaford and Stop and Shop all have PFAS in some of their containers.

While packaging with PFAS is often manufactured to resemble biodegradable substances like paper or cardboard, it's far from environmentally friendly.

Since the chemicals don't naturally break down in the environment and have been used commonly since they were first discovered in 1938, large quantities can already be found in the air, water supplies and human bodies around the world. A Centers for Disease Control and Prevention study found that 97% of Americans have PFAS in their blood.

Activists have long pressed for PFAS to be banned. In response, many companies have committed to phasing the chemicals out of their products.

Cava, Chipotle, Panera Bread, Sweetgreen and Whole Foods Market have all told Consumer Reports they're in the process of phasing out the chemicals. Chick-fil-A has made a pledge to remove PFAS from its packaging by summer 2022 and Taco Bell and McDonald's have promised to do the same by 2025.

While the Food and Drug Administration told the report's authors that it hopes to regulate individual chemicals rather than the entire PFAS category, Brian Ronholm – Consumer Report's director of food policy – said that won't work.

“Trying to ban individual PFAS is an impossible game of whack-a-mole,” he said. “As soon as one is addressed, the industry comes up with another.”