The city was tipped off about the plan on Saturday, and Texas Gov. Greg Abbott confirmed some of the details Tuesday. The asylum seekers will be dropped off at 30th Street Station 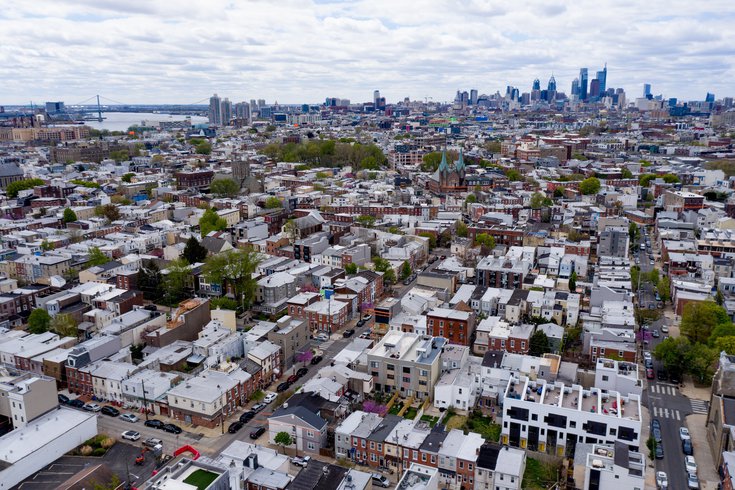 Migrants sent to Philadelphia by bus from Texas, at the order of Texas Gov. Greg Abbott, are due to arrive at 30th Street Station on Wednesday morning. The city said it is prepared to accommodate the asylum seekers, providing shelter, food, water, and emergency health screenings when they arrive.

A group of asylum seekers is set to arrive from Texas by bus to 30th Street Station in Philadelphia on Wednesday morning.

In a press release from his office, Texas Gov. Greg Abbott confirmed the bus was would arrive here tomorrow. Philadelphia officials had already been alerted that the bus had departed from Del Rio, Texas, but city officials have said they have had no communication with anyone in the Texas government.

Philadelphia Mayor Jim Kenney tweeted Tuesday afternoon that there are about 30 people seeking asylum on the bus destined for Philly.

"As a proud welcoming city, Philadelphia will greet our newly arrived neighbors with dignity and respect," Kenney wrote.

As a proud welcoming city, Philadelphia will greet our newly arrived neighbors with dignity and respect. https://t.co/KJJ5GyLwY1

"Since April, Texas' busing strategy has successfully provided much-needed relief to our border communities overwhelmed by the historic influx of migrants caused by President Biden's reckless open border policies," Abbott said. "Until President Biden does his job and provides Texans and the American people with sustainable border security, Texas will continue doing more than any other state in the nation's history to defend against an invasion along the border, including adding more sanctuary cities like Philadelphia as drop-off locations for our busing strategy."

Philadelphia has been expecting asylum seekers to be sent to the city from Texas since Abbott began the busing practice earlier this year. The city's Office of Immigrant Affairs and Office of Emergency Management are coordinating with 15 community organizations to provide shelter, emergency health screenings, food, and water to those who arrive.

Mayor Jim Kenney said earlier this week that the city is ready.

"We will welcome them with open arms and do everything we can to make the transition smooth," Kenney told 6ABC. "It doesn't matter whether they found their way up here, whether they were put on a bus — they are human beings. They want to be in America. They want to do what most of our ancestors have done (which is) just make their life in America."

Since the practice of busing migrants bgan, Texas has sent 300 buses to sanctuary cities.

In September, DeSantis flew nearly 50 migrants from San Antonio, Texas, to Martha's Vineyard in Massachusetts without alerting anyone in the resort town. In October, Bexas County Sheriff Javier Salazer said the migrants sent to Martha's Vineyard was a criminal act because the people were transported to the island "under false pretenses," the Texas Tribune reported.

Migrants told investigators that they had been convinced to board planes by a woman known only as "Perla," who had promised them jobs, housing, and education when they arrived in Massachusetts. At least nine of the migrants sought U visas, which are reserved for people who are victims of crimes or who have witnessed crimes.