City officials welcomed the first group of asylum seekers sent from the southern border state, which began the controversial practice over the summer 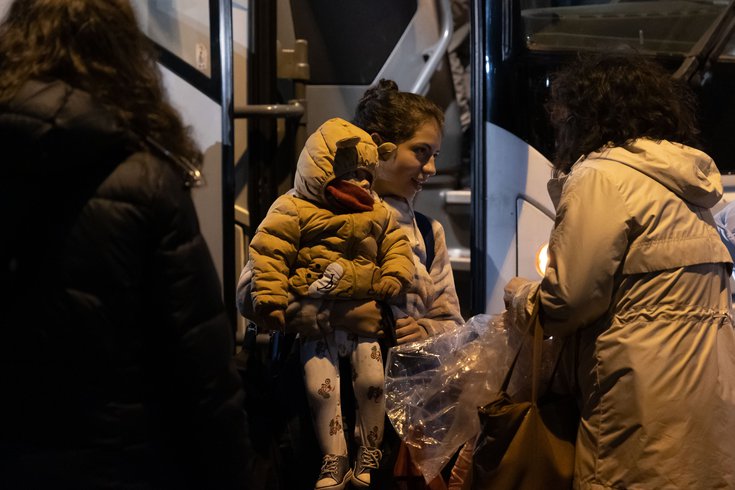 Migrants arriving in Philadelphia from Texas were given assistance and winter coats Wednesday morning after exiting their bus on John F. Kennedy Boulevard, outside of 30th Street Station, on Nov. 16, 2022.

A bus carrying approximately 30 migrants who were sent from Texas to Philadelphia after crossing the southern U.S. border arrived early Wednesday morning at 30th Street Station.

Upon arriving shortly after 6 a.m., they were greeted by volunteers with hot chocolate, winter jackets and blankets. The asylum seekers are the latest to be relocated by bus trips organized by Texas Gov. Greg Abbott and the governors of other southern states, who began transporting migrants to sanctuary cities earlier this year. Abbott, who was re-elected for a third term as Texas governor last week, has described the policy as a countermeasure to "an invasion along the border." 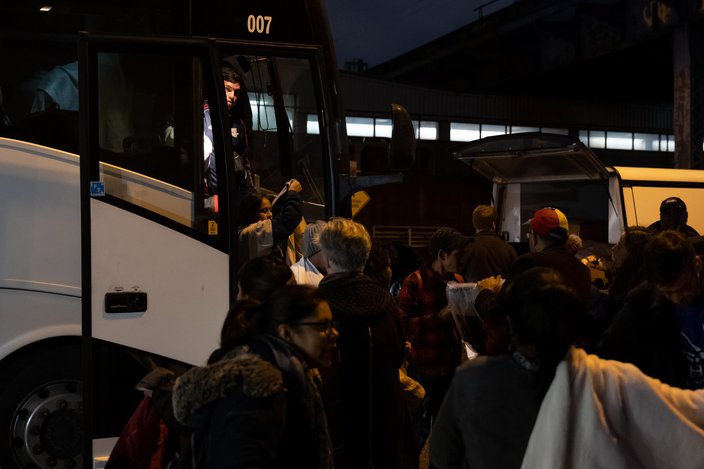 The practice has become a focal point in the nation's battle over immigration policy and border security.

More than 13,000 people have been bused out of Texas, Arizona and Florida since April. The busing program from Texas has cost that state $26 million, according to the Texas Division of Emergency Management.

The migrants who arrived in Philadelphia on Wednesday came from Del Rio, Texas, a border town outside San Antonio. They are the first group Philadelphia has received. Most of the migrants are expected to continue on to other destinations in the region, but city officials and aid organizations will provide support and raise funds to help get them situated.

Bus from Texas with migrants seeking asylum has arrived to Philadelphia. pic.twitter.com/HdmvHm3EXs

BREAKING: First bus of migrants arrived in Philadelphia. Mothers with infants among them. ⁦@PhillyPolice⁩ on hand to make sure all safe ⁦@FOX29philly⁩ pic.twitter.com/gcM8OdAUXn

"As a proud welcoming city, we will greet our newly arrived neighbors with dignity and respect," Mayor Jim Kenney said in anticipation of the migrants' arrival.

The city has set up a welcoming facility at 600 E. Luzerne St. in North Philadelphia. The asylum seekers were transported there by SEPTA.

Officials in Texas did not coordinate the migrants' itinerary with their counterparts in Philadelphia, city officials said. The city learned about the bus traveling from Del Rio through the organization New Sanctuary Movement of Philadelphia and another nonprofit in Texas. New Sanctuary Movement is based in Kensington, and its mission is to end injustices against immigrants, regardless of their immigrations status.

Busing migrants to sanctuary cities – which are mostly led by Democrats – has drawn rebuke from critics, who call the practice a reckless, inhumane and costly political tactic. Other sanctuary cities that received migrants this year have had to quickly organize in order to accommodate the people arriving and provide assistance. In Chicago, four groups of buses carrying more than 200 people arrived in a 10-day span in September.

"Since this disturbing policy of busing immigrants in an uncoordinated way began occurring without warning in other cities, various City agencies have been arduously working with our community partners to ready the city to receive these individuals," Kenney said.

"Seeking asylum is a human right. Our country has always welcomed people seeking refuge here, and we have flourished because of that," Gym said. "This is who we are. Our city and country are strongest when we embrace and welcome people searching for a better life."

Since August, when Philadelphia began preparing for the possible arrival of asylum seekers, the city's Office of Immigrant Affairs and Office of Emergency Management have coordinated with 15 community organizations to provide shelter, emergency health screenings, food, and water to those who arrive. 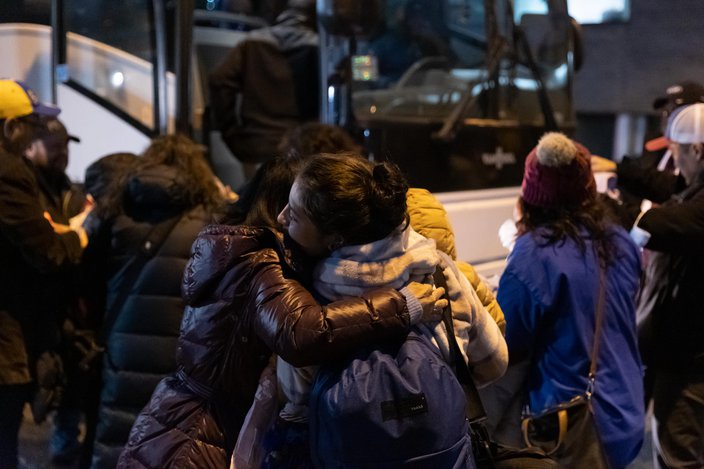 Migrants received support and jackets Wednesday morning when they arrived in Philadelphia by bus outside 30th Street Station.

City officials estimated that roughly half of the those who arrived Wednesday were accompanied by at least one family member, while the other half consists of individuals traveling solo. There were at least seven children on the bus.

Only three people had reported Pennsylvania as their final destinations, according to information received by the city on Tuesday. Others were headed to New York, New Jersey, Massachusetts and Maryland. Some passengers are believed to have gotten off the bus during stops in other states during the trip.

The Office of Immigrant Affairs and the Mayor's Fund for Philadelphia have created the Philadelphia Welcoming Fund to give Philadelphia residents a secure way to contribute to local efforts to welcome immigrants, refugees, and asylum seekers arriving in the city. Donated supplies cannot be accepted. 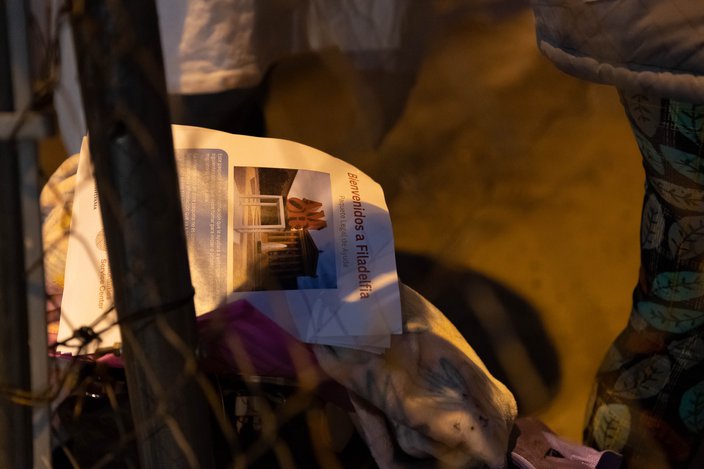 Migrants who arrived in Philadelphia on Wednesday morning received a welcome packet from the city to help guide them through their next steps.

The migrants who have been bused to sanctuary cities in recent months are legally permitted to reside in the United States and have undergone interviews to receive security clearances. Their approval to enter the country is based on "credible fear" screenings referred by the Department of Homeland Security to U.S. Citizenship and Immigration Services. The migrants must demonstrate that they face legitimate danger of being harmed in their home countries, whether because of race, religion or politics.

Philadelphia's status as a sanctuary city protects undocumented migrants from detainment by federal ICE agents without a judge's order.

The bus that arrived Wednesday in Philadelphia is one of more than 300 that have been sent to sanctuary cities from Texas since late summer. Abbott indicated earlier this week that Philadelphia could see additional buses of migrants diverted from Texas in the months ahead.

"Until the Biden Administration does its job and provides Texans and the American people with sustainable border security, Texas will continue doing more than any other state in the nation's history to defend against an invasion along the border, including adding more sanctuary cities like Philadelphia as drop-off locations for our busing strategy," Abbott said.