The third installment of the bill was passed by City Council on Thursday, with support from workers and labor leaders 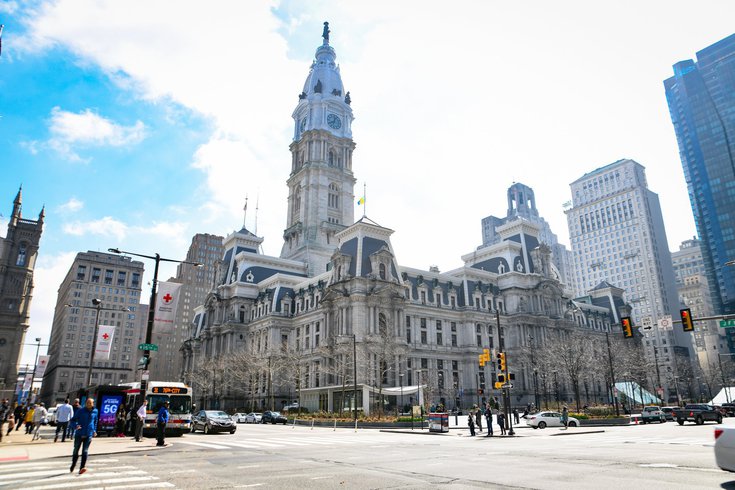 Philadelphia businesses with 25 or more employees will now have to provide up to two weeks of emergency paid sick leave for COVID-19, as the third installment of the pandemic worker protections passed in City Council on Thursday.

Emergency paid sick leave has helped hundreds of Philadelphia workers stay safe and healthy during the pandemic, since its first installment passed in September 2020.

Now, as city health officials lift vaccine mandates and mask requirements in most public spaces, some workers across the city will have an added layer of protection from COVID-19 through a reinstatement of pandemic paid sick leave, as City Council passed the third installment of the bill on Thursday.

The bill, which provides up to two weeks of paid sick leave for workers with COVID-19 or those providing care to loved ones with COVID-19, will be in effect for companies with 25 or more employees. This is up from the 10 employee threshold proposed by primary sponsor Councilmember Kendra Brooks, and down from the 50 employee threshold in previous iterations of the bill.

"Previous versions of this bill demonstrated that paid sick leave is good for workplace safety, worker retention, and keeping businesses open — safely," said Brooks. "With many other protections being phased out, we must ensure that we are sacrificing our workforce for convenience and profit."

Employees would also not be required to find coverage for their own shifts that would be missed due to COVID-19 infection, according to the bill.

Many workers and labor leaders — particularly in the food and restaurant industry — showed up to the City Council meeting on Thursday to show support for the bill, saying that the influx of positive omicron cases over the holiday had a detrimental impact on both workers and businesses.

I’m proud to deliver this bill to workers so that they can go into their jobs with confidence, and so that they won't be left out in the cold as we learn to live with the pandemic.https://t.co/NHd5hOu8hL

"I am a restaurant workers in the city of Philadelphia, where one of my coworkers contracted COVID-19 during the beginning of the omicron surge," said Bennett Walker. "She contracted out fellow workers and management, and told them she had tested positive. Still, ownership told everyone, including her, that they needed to come in."

Those in support of emergency paid sick leave said it provides an added level of protection for workers who are afraid of losing their jobs for getting sick. And although Philadelphia and many other parts of the country are looking ahead at returning to a semblance of normalcy, many people understand that COVID-19 is not going away.

Employers have been encouraged by the Centers for Disease Control and Prevention throughout the pandemic to implement non-punitive sick leave for workers in order to actively encourage people to stay home when they're sick.

Still, under more recent CDC guidance for quarantining, some employees would be able to return to active work sooner than in previous stages of the pandemic.

The bill passed with a 12-4 vote, with two Council Republicans and two Council Democrats voting against it.

Most opposition to the bill was based on its 25-employee threshold, which Brooks told the Inquirer would exempt 84% of businesses in the city. Many Black and Brown-owned businesses throughout Philadelphia also have less than 25 employees, and would be exempt under the new legislation.

"No one wants someone who is sick handling their food and beverages, and coworkers don't want to risk getting ill themselves," said Melissa Walter, co-founder of Love City Brewing. "But the simple truth is that workers who can't afford to stay home won't. If the decision is between coming to work with an illness and missing out on a portion of your income, many workers will choose to work, especially if that income is the difference between being able to pay your rent that month or falling behind."

Philly has previously required sick leave for its workers — first with the 2015 Promoting Healthy Families and Workplaces Ordinance.

Despite this, a survey conducted by The Coalition for Restaurant Safety and Health found that 50% of restaurant workers had no paid sick leave, and an equal amount worked when they were sick.

Essential workers and other service workers have fared worse in contracting COVID-19 throughout the pandemic. Research from the University of Pennsylvania's Wharton School of Business found that essential workers were 55% more likely to contract COVID-19.